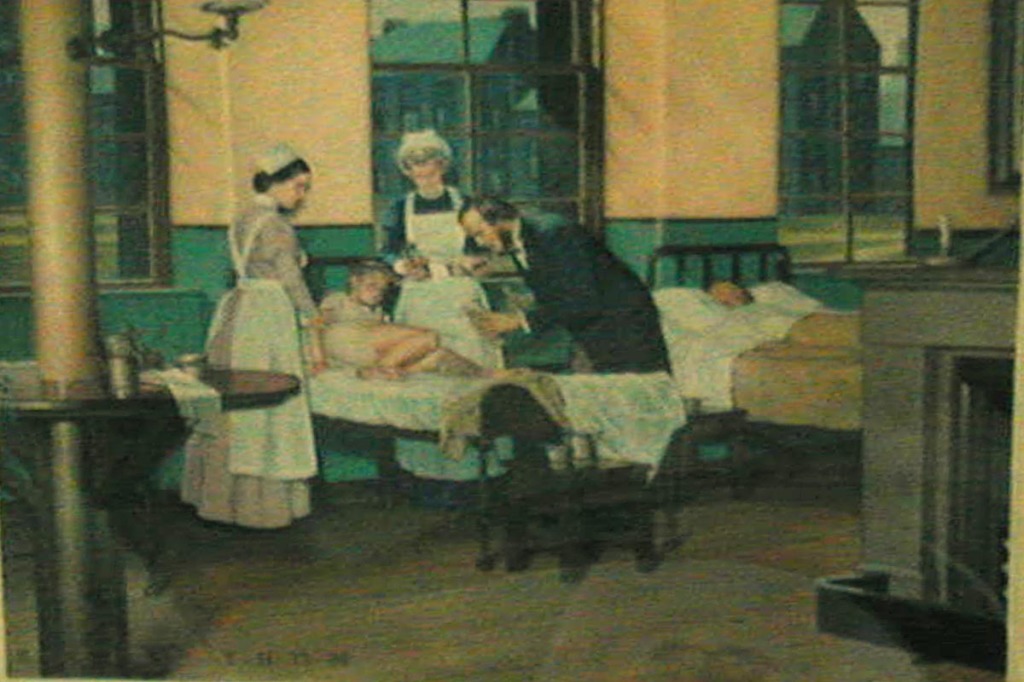 Lieb notes, that the U.S. is only seeing 350 new general surgeons a year. That is not even a replacement rate, she observed.

A few years ago, I was talking to a woman general surgeon in San Francisco who told me that she did not know a general surgeon under 50 years old. The “reformers” who designed Obamacare and the other new developments in medicine are, if they are MDs, not in practice and they are almost all in primary care specialties in academic settings. They know nothing about surgical specialties.

For patients with complex issues, Dr. Severance said, the goal was for Walmart to be a patient’s first stop and part of a continuum of care. “In that circumstance, it’s our desire to get those individuals established with a primary care provider, preferably a physician within the community,” he said.

They are assuming that primary care physicians will be available Will they ?

Maybe it is just not that attractive. The emphasis on trying to get students into primary care was existing when I was a medical student 50 years ago.

But what if those “lucrative specialties” aren’t there, either ?

“Our young people are not trained as well as we were,” she continued.

“We are now the number one profession for suicide. We lose 400 doctors a year to suicide. That’s like losing an entire medical school,” Hieb stated.

Hieb also cited a shortage of “things” or medical supplies–the first she has seen in her 40 years of involvement in medicine. She recalled ativanoral almost having to close an operating room for shortages of propofols, which are used to put people to sleep; as well as shortages of tetanus vaccine, shoulder catheters and thyroid medication shortages, among other items.

The cause, according to Hieb, is “this huge over-regulatory environment.”

Medicine is not as much fun as it was 50 years ago even though treatment is better.

Hieb referenced work in an Arizona area where 85% of payers were government-paid through Medicare, Medicaid and Tricare. Four orthopedic surgeons would do the work that 10, 11 or 12 in more affluent Flagstaff would take on. She said the average orthopedic surgeon in America takes care of 12,000 people. Conversely, the region where Hieb worked was serving approximately 90,000, which later ballooned to 120,000 as Hieb left and only three surgeons remained. She said her 53-year-old former colleague from the region died thereafter under the long and strenuous work.

“The big black hole is already starting to open up,” Hieb said.

She mentioned traveling two hours to reach an obstetrician, waiting six hours to be seen by an orthopedic surgeon, or three or four months to see a rheumatologist as problems facing those in less affluent regions.

“In a free market, when there’s a shortage, it gets filled,” Hieb said.

Medicine is no longer a free market, if it ever was since 1978 after PSRO began. PSRO stands for “Professional Standards Review Organization” and was all about cost, not “standards.”

There is a developing alternative. Here is a comment from that doctor shortage piece.

I had to get some medical attention while in Tucson for business recently, and I found a great place down there called Southern Arizona ugent care. They offer concierge medical services at reasonable rates. Check them out.

Opting out is an alternative I have mentioned before.

Most family doctors will convert to a retainer-type practice within the next 15 or 20 years, said Dr. Christopher Ewin, president of the nonprofit Society for Innovative Medical Practice Design in Fort Worth, Texas.
‘‘We believe that there is a primary care problem in this country,” said Ewin, a primary care physician. ‘‘We have been working for the wrong employer for way too long — the insurance companies and the government.”
Ewin’s retainer practice, he said, reduces the cost of an MRI from about $1,500 to $500. Laboratory blood analysis that would normally cost $300 through insurance costs $33.

This, of course, applies to doctors who can afford to do so. New medical school graduates can’t. I keep encouraging students to consider military options during medical school. They can get tuition paid and spend a few years as an Army doctor for the ability to practice with no debt. They still don’t choose that option.

We are heading into a crisis period with no good indication of a solution. Obamacare has led to rapid consolidation of health care facilities. The hospital where I practiced for 25 years has now been purchased by a national chain and has already gone through some troubling changes. It will get worse.

22 thoughts on “The Coming Shortage of Doctors.”