When we originally planned to go to Brussels, we were going to take the the Eurostar to Brussels, which is rather cheap and takes only two hours. However, a Eurostar train was stranded in June by rioting “migrants” in Calais.

As ferry workers shut the port gates, trapping some lorry drivers inside, monstrous queues built up around the train entrace, as passengers and truckers became desperate to get to Britain. The queues still haven’t dissipated.

Both Eurotunnel and Eurostar suspended their services due to the disruption. 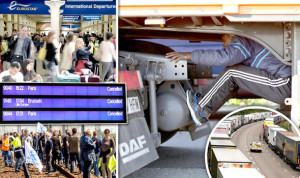 After reading that, and at the invitation of our friends, we decided to take the older surface ferry to Dunkirk. The riots were a combination of rioting migrants and rioting French workers who were complaining about the migrants. 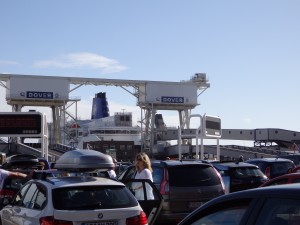 This was much more peaceful and gave us the opportunity to see the site of the 1940 evacuation of the British Army.

Our return from Brussels was via Calais but also by surface ferry. The reason was interesting. 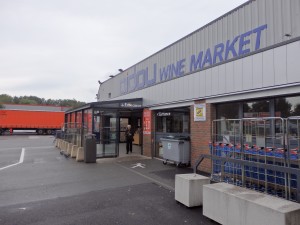 This is an enormous wine market, the size of a Costco or WalMart in the states. It turns out that Britain taxes the sale of wine so heavily that most middle class wine lovers travel to France to buy wine and bring it home on the ferry in their cars. Our hosts assured us that this is legal and one wonders what the British government thinks about the incentives they have created. That wine store was one of three or four we saw in the area. 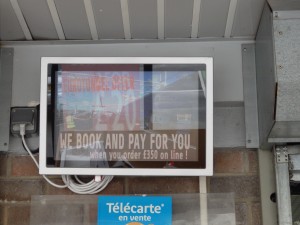 Here is a sign in the wine store offering to pay the fare for the ferry round trip if wine is ordered online and picked up at the store by the buyer. Since the ferry fare is about 100 pounds, this is a huge promotion, although one our friends were unaware of until I called it to their attention. They bought a year’s supply of wine and loaded it into the VW camper van we were using. The cost was around a thousand pounds and, unfortunately, the offer required advance online purchase so they did not get the deal.

We then drove on to Calais, passing migrant camps by the road. 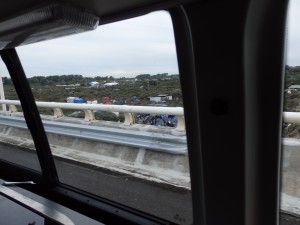 Here is a migrant shanty town seen through the car window in passing. The camps are walled off from the highway by new high fences along the motorway to the Calais ferry terminal. The fences are tall and topped with razor wire. 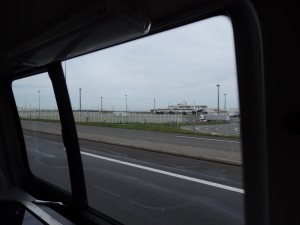 Here is the fence along the motorway which seems intended to keep the migrants from trying to break into trucks (lorries) on the highway.

In the Calais terminal, we did see some people who looked like migrants although they could have been legal residents waiting for the ferry. 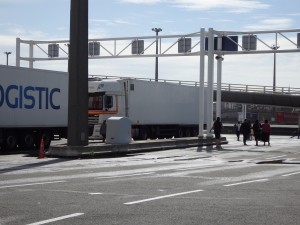 These small groups were walking through the parked trucks and cars waiting for the ferry. I did not see them enter a car of truck. When we reached Dover again, our friends took us to the train station and we took the train to London. It was an enjoyable and informative trip. We spent another four days in London and flew home on the 21st.