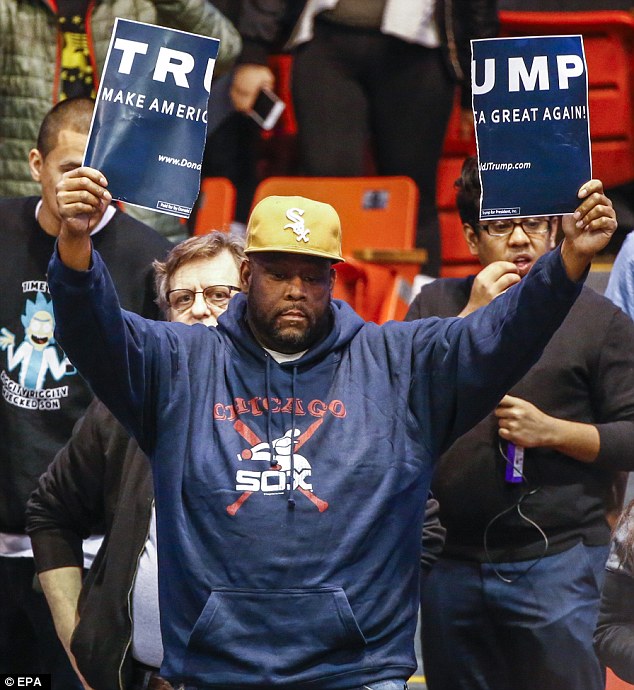 The Telegraph Gets it.

Middle America is besieged by radical, anti-American voices trying to drown out alternative opinion. Shutting down a Trump rally won’t silence Trumpism. On the contrary, it affirms it. Why does the Left continue to make this mistake?
Trump’s views are unconstitutional, illiberal and sometimes they trigger hate. But he did not take America to war in Iraq on flimsy evidence, establish Guantanamo in contravention of human rights law or licence the torture of enemy combatants.
Trump’s political style bears comparison not with Mussolini but George C Wallace, who ran for the presidency in 1968 and 1972 on a conservative populist ticket. Protestors turned up to his rallies, too – and he loved it. Wallace perfected the anti-hippie zinger. When kids shouted “F**k Wallace!” he replied: “Why don’t you try learnin’ some other four letter words – like W.A.S.H. and W.O.R.K.?” The confrontations added to the Alabamian’s appeal, confirming him as “the only guy willing to take on the mob”.

I worry about the comparison and hope it is not too accurate.

Last night, the Trump rally in Chicago after rioters invaded the hall and threatened to rush the stage.

Last night saw unprecedented scenes inside the University of Illinois at Chicago Pavilion between an anti-Trump mob and Chicagoans who came to hear the Republican front-runner speak.
While outside, an impatient group of thousands more massed. Temperatures rose.
Multiple law enforcement sources told DailyMail.com that there was a credible threat against Trump from groups of protesters who planned to storm the stage.

I watched some of the TV coverage and the protestors seemed to be a combination of blacks and white “Bernie” sign carrying student age people. There were a few fist fights but the vast majority of the capacity crowd filed out peacefully and drove home. I was struck by the quiet cooperation of the rally goers and the taunting celebration of the rioters.

This will be a long hot summer. Last weekend saw 22 shootings in Chicago’s black neighborhoods. St Louis saw protestors at that Trump rally and there is another big rally scheduled in Ohio tonight.

The political world holds its breath for Saturday’s Ohio rally after Donald Trump’s Chicago event last night went into melt down after bloody brawls and loud demonstrations broke out, amid simmering racial tensions.
As the dust settles in Chicago, hundreds gather in Wright Brothers Aero Hangar for the Republican candidate’s first official address since last night’s fracas.
Supporters were queuing from midnight last night, according to local reports, where there is a heavy police presence and the venue is said to be ‘at capacity’.
Today’s event is arguably the most anticipated of the entire primaries following yesterday’s unprecedented scenes.
The Donald tweeted this much-needed message of encouragement as the crowds anticipate his arrival: ‘The rally in Cincinnati is ON. Media put out false reports that it was cancelled. Will be great – love you Ohio!’

It will be interesting to see if the rioters can create the same disturbance. In Chicago, local politicians helped organize the riot. 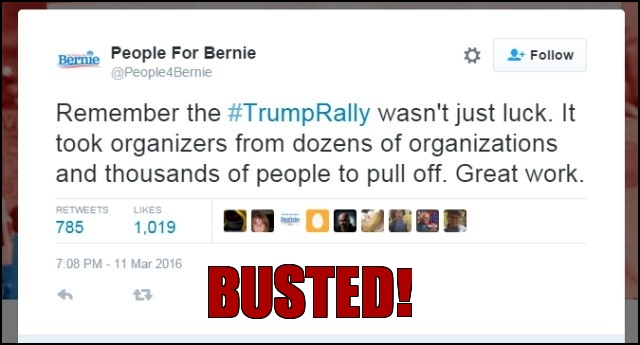 Yes, it did and some of them are elected officials. Some are old experienced terrorists, like Bill Ayers who was there.

Ted Cruz: Ted Cruz is responding to Donald Trump’s cancellation of his Chicago rally, saying the billionaire has created ‘an environment that encourages this sort of nasty discourse.’ The Texas senator is calling it a ‘sad day.’
He says, ‘Political discourse should occur in this country without the threat of violence, without anger and rage and hatred directed at each other.’
Cruz says blame for the events in downtown Chicago rests with the protesters but ‘in any campaign responsibility starts at the top.’
Cruz says, ‘When the candidate urges supporters to engage in physical violence, to punch people in the face, the predictable consequence of that is that is escalates. Today is unlikely to be the last such incidence.‘

49 thoughts on “A long hot summer is coming.”