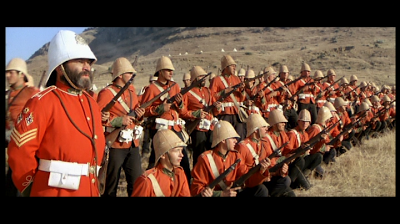 News from the front today. First, Glenn Reynolds explains where Trump came from.

The thing is, we had that movement. It was the Tea Party movement. Unlike Brooks, I actually ventured out to “intermingle” with Tea Partiers at various events that I covered for PJTV.com, contributing commentary to the Wall Street Journal and the Washington Examiner. As I reported from one event in Nashville, “Pundits claim the tea partiers are angry — and they are — but the most striking thing about the atmosphere in Nashville was how cheerful everyone seemed to be. I spoke with dozens of people, and the responses were surprisingly similar. Hardly any had ever been involved in politics before. Having gotten started, they were finding it to be not just worthwhile, but actually fun. Laughter rang out frequently, and when new-media mogul Andrew Breitbart held forth on a TV interview, a crowd gathered and broke into spontaneous applause. A year ago (2009), many told me, they were depressed about the future of America. Watching television pundits talk about President Obama’s transformative plans for big government, they felt alone, isolated and helpless.

Lt William Vereker, on a routine patrol from the British camp at Isandlwana looked down into the Ngwebeni valley to find it boiling with the hitherto unseen main Zulu Army of 20,000 men.

As in 1879 the political scouts are rushing back to inform the camp of the unanticipated development. Shocked but still undaunted, the pundits remain confident that the threat can be stopped by the Democrat “Blue Wall” in the industrial and upper Midwest. There, media artillery and the technologically superior liberal ground game are expected to hold the line against the angry white voter.

Read the rest, as Glenn says.

Now, we have the horrified GOPe. To Peter Wehner, Trump is the scary black face in the forest.

Mr. Trump’s supporters will dismiss this as hyperbole, but it is the only reasonable conclusion that his vivid, undisguised words allow for. As the examples pile up, we should not become inured to them. “I’d like to punch him in the face,” Mr. Trump said about a protester in Nevada. (“In the old days,” Mr. Trump fondly recalled, protesters would be “carried out in a stretcher.”)

OMG! What happened to “hit back twice as hard!” or “Bring a gun to a knife fight?” Rudeness will not be tolerated in the GOPe.

The antidote to this threat, Lincoln argued, was to cultivate a “political religion” that emphasized “reverence for the laws.” Passion was our enemy, he warned; it had to be contained. “Reason — cold, calculating, unimpassioned reason — must furnish all the materials for our future support and defense.”

Lincoln was a keen student and great interpreter of the founders, and of course the founders also thought deeply about how a self-governing people could restrain political passions. In his book “Madison’s Metronome,” the scholar Greg Weiner points out that James Madison’s lifelong concern was that majorities would be governed by emotion rather than reason, the “cool” faculty. In Mr. Weiner’s words, Madison “portrayed passion through metaphors that suggested rapid and uncontrolled spread, including those of fires, fevers, pestilence and contagions.”

And now that “reverence for laws” has gone with Obama’s executive orders and BLM’s cop hatred, echoed on college campuses ? What now ?

The trouble is that Hillary’s choice may already have been pre-empted by events. They’re going left. Activists maddened at the very idea of Trump’s candidacy “blocked a main highway leading into Fountain Hills where Republican presidential front-runner Donald Trump held a campaign rally Saturday.” Acting with an unshakable sense of ideological superiority, “the protesters parked their cars in the middle of the road, unfurling banners with anti-Trump slogans and chanting ‘Trump is hate.’ The disruption caused a lengthy traffic backup, and drivers honked their horns in frustration.” Like Col. Pulleine on that fateful date in 1879, Hillary has no choice but be dragged where they go. Sanders’ troops, Hillary’s personal Colonel Durnford, are off to teach the natives a lesson in an independent and uncoordinated action.

“Natives,” of course, being white men and a few blacks who had cast off their chains.

For Mr. Trump, this is all of a piece. His entire campaign, from its very first moments, has been built on stoking anger, grievances and resentment against people of other races, religions and nationalities. Mexicans coming to America are rapists and drug dealers. Muslims hate America and need to be barred from it. Syrian refugees are “Trojan horses.”

Yes, San Bernardino was extreme “workplace violence” and the mass rapes Europe is seeing from its “Syrian refugees” are not to be considered in a genteel party.

Max Boot, a Republican Trump critic who was a foreign policy adviser to Marco Rubio’s campaign, says that he has never experienced as much anti-Semitism as he has since the start of the Trump campaign.

Well, that depends on how many Muslims are around.

The following videos are sequential clips that an AIPAC (American Israel Public Affairs Committee) conference attendee and lawyer, Joel Griffith, posted to his Facebook page. He simply asks for more information from some of the pro-Palestinian protesters, and gets assaulted and threatened. The police officer standing right there doesn’t even do anything.

Must be Trump’s fault alright.

32 thoughts on “What I Saw at the Revolution.”