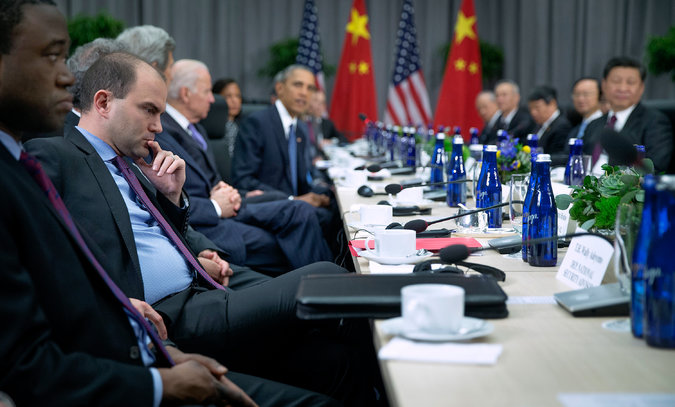 Our feckless president has been lecturing the US public about various topics he considers important but what has actually been going on ? We do know that a Navy SEAL named Charles Keating was killed in Iraq.

(CNN)When a team of less than a dozen U.S. military advisers came under attack in Iraq Tuesday from more than 100 ISIS fighters, Navy SEAL Charles Keating IV was part of the force sent in to rescue them.

All the advisers made it back. Keating, a decorated combat veteran and star athlete who decided to enlist after the 9/11 attacks, did not.
Providing new details Wednesday about the operation that took the life of the grandson of prominent financier and World War II pilot Charles Keating Jr., Coalition spokesman Col. Steve Warren said that the clash between ISIS and the Kurdish Peshmerga forces the advisers were assisting was “a big fight, one of the largest we’ve seen recently.”

That’s Iraq, where Obama pulled out all US forces but is now sneaking a few back in, hoping no one notices.

In Iran, Obama’s foreign policy “advisor” named Ben Rhodes, admits it was all a lie.

“I immediately developed this idea that, you know, maybe I want to try to write about international affairs,” he explained. “In retrospect, I had no idea what that meant.” His mother’s closest friend growing up ran the Carnegie Endowment for International Peace, which then published Foreign Policy. He sent her a letter and included what would wind up being his only piece of published fiction, a short story that appeared in The Beloit Fiction Journal. It was titled “The Goldfish Smiles, You Smile Back.” The story still haunts him, he says, because “it foreshadowed my entire life.”

Rhodes strategized and ran the successful Iran-deal messaging campaign, helped negotiate the opening of American relations with Cuba after a hiatus of more than 50 years and has been a co-writer of all of Obama’s major foreign-policy speeches. “Every day he does 12 jobs, and he does them better than the other people who have those jobs,” Terry Szuplat, the longest-tenured member of the National Security Council speechwriting corps, told me. On the largest and smallest questions alike, the voice in which America speaks to the world is that of Ben Rhodes.

Is the policy that Rhodes writes working ? Better not to know.

Iran has been supporting Syrian president Bashar al-Assad. They have spent a lot of money and lives defending him against his people and the Russians. How is that working out ?

The Russians are back in Palmyra, which the ISIS types tried to destroy.

The orchestra played pieces by Johan Sebastian Bach and two Russian composers, Sergei Prokofiev and Rodion Shchedrin, in a second-century Roman amphitheater, the set for a 2015 film produced by the Islamic State that featured the execution of 25 people.

The contrast was intended to underscore what Russia sees as its underappreciated role in helping Syrian forces liberate Palmyra from zealots and fighting on the side of civilization against barbarism.

The Russians were so eager to make that point that they flew a group of reporters from Moscow to Syria and then bused them to Palmyra to see the performance. The production, attended by a heavily guarded V.I.P. guest list, was broadcast live on Russian state television.

Does Obama know about this ? Probably not. Ash Carter seems to be running foreign policy these days.

Rhodes’s opinions were helpful in shaping the group’s [Iraq Study Group] conclusions — a scathing indictment of the policy makers responsible for invading Iraq. For Rhodes, who wrote much of the I.S.G. report, the Iraq war was proof, in black and white, not of the complexity of international affairs or the many perils attendant on political decision-making but of the fact that the decision-makers were morons.

One result of this experience was that when Rhodes joined the Obama campaign in 2007, he arguably knew more about the Iraq war than the candidate himself, or any of his advisers. He had also developed a healthy contempt for the American foreign-policy establishment, including editors and reporters at The New York Times, The Washington Post, The New Yorker and elsewhere, who at first applauded the Iraq war and then sought to pin all the blame on Bush and his merry band of neocons when it quickly turned sour. If anything, that anger has grown fiercer during Rhodes’s time in the White House. He referred to the American foreign-policy establishment as the Blob.

How is Iran, Obama and Rhodes ally, doing ?

They seem to be having trouble as they are recruiting child soldiers, as they did in the Iraq-Iran War.

Iran’s regime has done this before. During the Iran-Iraq War, which killed around a million people between 1980 and 1988, the Basij recruited thousands of children to clear minefields.

After lengthy cult-like brainwashing sessions, the poor kids placed plastic keys around their necks, symbolizing martyrs’ permission to enter paradise, and ran ahead of Iranian ground troops and tanks to remove Iraqi mines by detonating them with their feet and blowing their small bodies to pieces.

Children have been fighting in wars as long as there have been wars, but shoving them into the meat grinder in the 21st century is a war crime expressly prohibited and sometimes even punished by all civilized governments. The International Criminal Court in The Hague, for instance, convicted Congolese warlord Thomas Lubanga Dyilo of war crimes in 2012 for “conscripting and enlisting children under the age of fifteen years and using them to participate actively in hostilities.”

The Basij is a paramilitary branch of the Iranian Revolutionary Guard Corps, or Pasdaran, and it’s commanded by the iron-fisted head of state, Supreme Leader Ali Khamenei. It’s mostly used for internal repression and provided many of the shock troops who brutally suppressed non-violent demonstrations during the Green Revolution in 2009.

Why are they now going back to the tactics of 1988?

“Second,” he continued, “the war in Syria and keeping the dictator Bashar Assad in power is so crucial for the Iranian regime’s supreme leader Ali Khamenei that he is willing to pay any price for this objective. In February in a meeting with the families of the regime’s forces who were killed in Syria, Khamenei said that if we did not fight in Syria, we would have had to fight with our opposition in major Iranian cities. Resorting to the tactic of mobilizing teenagers only leads to one conclusion, the mullahs are facing a deadly impasse in Syria.”

So, the Russians seem to be winning and the Iranians are losing and who does Obama ally with ?

Rhodes’s innovative campaign to sell the Iran deal is likely to be a model for how future administrations explain foreign policy to Congress and the public. The way in which most Americans have heard the story of the Iran deal presented — that the Obama administration began seriously engaging with Iranian officials in 2013 in order to take advantage of a new political reality in Iran, which came about because of elections that brought moderates to power in that country — was largely manufactured for the purpose for selling the deal. Even where the particulars of that story are true, the implications that readers and viewers are encouraged to take away from those particulars are often misleading or false. Obama’s closest advisers always understood him to be eager to do a deal with Iran as far back as 2012, and even since the beginning of his presidency. “It’s the center of the arc,” Rhodes explained to me two days after the deal, officially known as the Joint Comprehensive Plan of Action, was implemented.

And some people think Trump will be a foreign policy disaster.