The attempted coup d’etat in Turkey has failed and the repercussions will follow.

Edward Luttwak has an important column on why it happened and why it failed.

The failure was so sudden and the coup was so poorly organized that some have questioned whether it was a false flag operation.

A US-based Turkish cleric accused of plotting a coup to overthrow the Ankara government has claimed President Recep Erdogan staged the rebellion himself to justify a major clampdown on opposition forces.
Fethullah Gulen, who was a former key ally of Erdogan has been blamed by the politician of using his contacts to develop a ‘parallel structure’ to overthrow the state.
Erdogan has called on US President Barack Obama to extradite Gulen, who is based in Pennsylvania.

Erdogan has requested the US turn over the imam who has been living in Pennsylvania. Why ?

Luttwak has a pretty good explanation.

The country’s president, Recep Tayyip Erdogan, was left free to call out his followers to resist the attempted military coup, first by iPhone and then in something resembling a televised press conference at Istanbul’s airport. It was richly ironic that he was speaking under the official portrait of Mustafa Kemal Ataturk, the founder of Turkey’s modern secular state, because Erdogan’s overriding aim since entering politics has been to replace it with an Islamic republic by measures across the board: from closing secular high schools so as to drive pupils into Islamic schools to creeping alcohol prohibitions to a frenzied program of mosque-building everywhere — including major ex-church museums and university campuses, where, until recently, headscarves were prohibited.

When we were in Istanbul ten years ago, Hagia Sophia, the original Christian church that has been converted to a mosque after Constantinople fell to the Turks in 1453, was being converted to a museum. 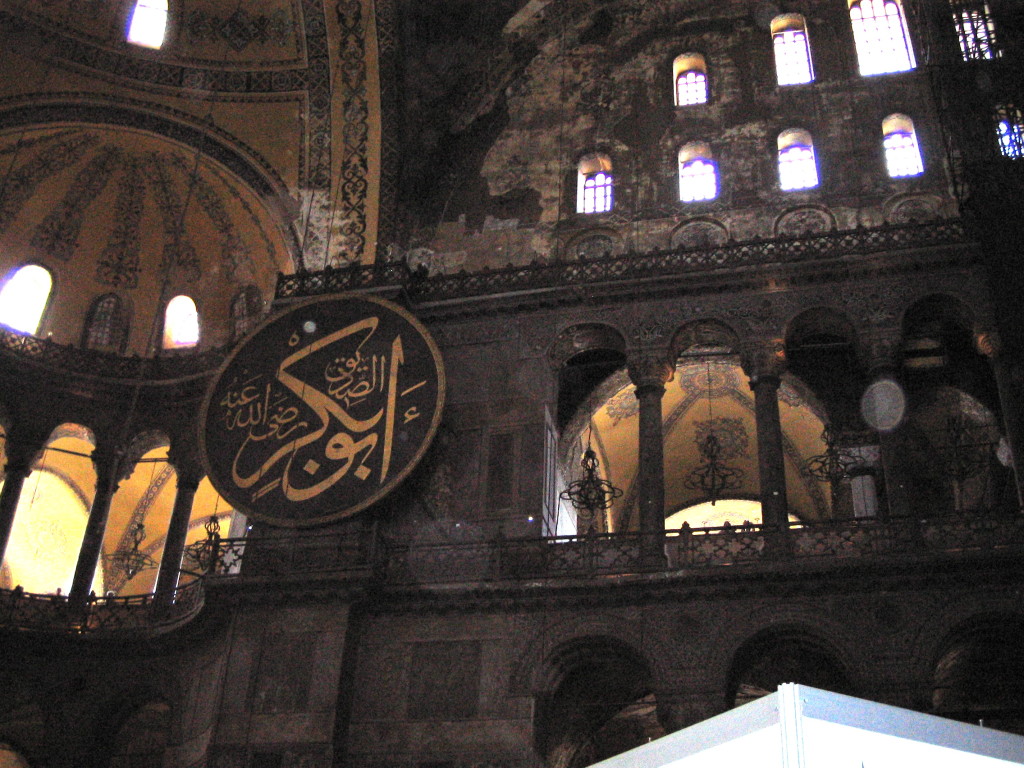 The huge panels of calligraphy were being removed and, beneath the panels, the workmen were finding that the previous workmen in 1453 had carefully preserved the mosaics being covered, possibly anticipating the city would be retaken by the Byzantines. 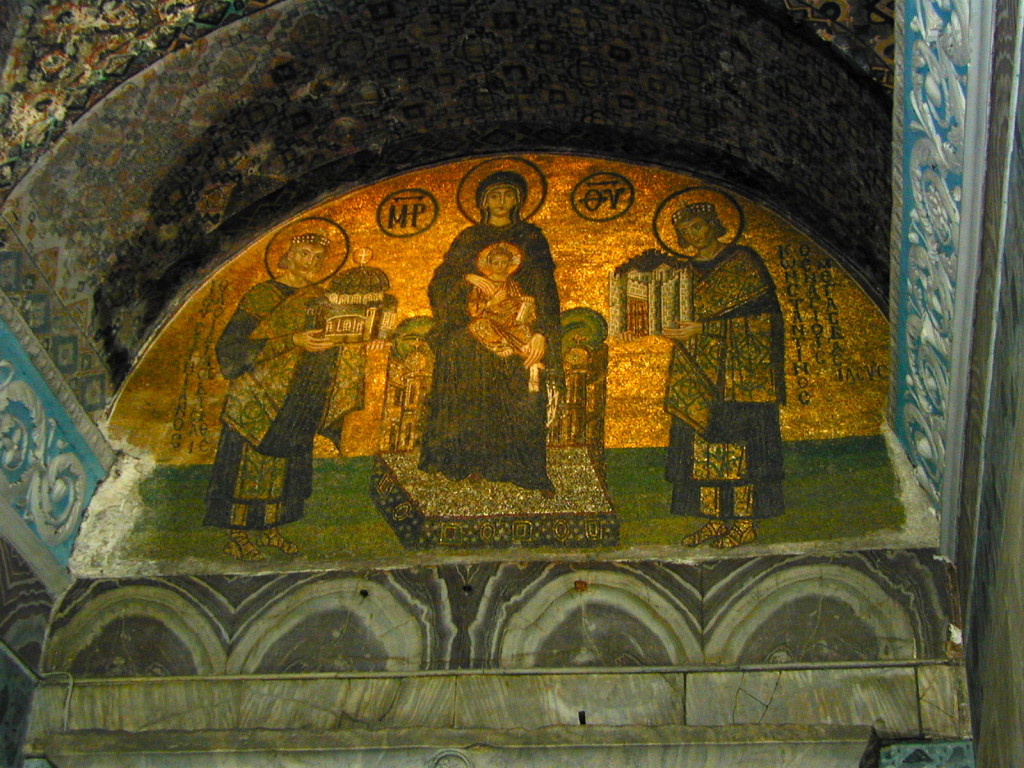 Few of the mosaics survived but a few could be seen. That one is above a door into the church.

Will the restoration continue under Erdogan ? I wonder. I also wonder how many tourists there will be to see it if it continues.

Erdogan has been doing everything possible to dismantle Turkey’s fragile democracy: from ordering the arrest of journalists who criticized him, including the outright seizure and closure of the country’s largest newspaper, Zaman, to the very exercise of presidential power, since Turkey is not a presidential republic like the United States or France, but rather a parliamentary republic like Germany or Italy, with a mostly ceremonial president and the real power left to the prime minister. Unable to change the constitution because his Justice and Development Party (AKP) does not have enough votes in parliament, Erdogan instead installed the slavishly obedient (and mustachioed) Binali Yildirim as prime minister — his predecessor, Ahmet Davutoglu, had been very loyal, but not quite a slave — and further subverted the constitutional order by convening cabinet meetings under his own chairmanship in his new 1,000-room palace: a multibillion-dollar, 3.2 million-square-foot monstrosity (the White House is approximately 55,000 square feet), which was built without authorized funding or legal permits in a nature reserve.

I think Turkey is lost to the West and modern civilization. I saw those angry young men when we were entering mosques, like the Blue Mosque, where they kept angry and careful watch to see that we took off shoes and women wore head scarves. Now, they are running the country,

15 thoughts on “The Coup Attempt in Turkey.”