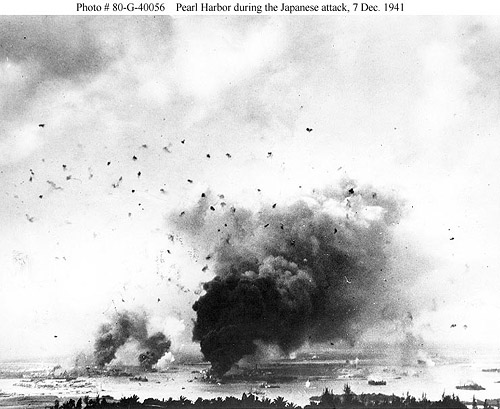 (Click here to see a larger version of this photo in a new window.)

From the Naval Historical Center:

The 7 December 1941 Japanese raid on Pearl Harbor was one of the great defining moments in history. A single carefully-planned and well-executed stroke removed the United States Navy’s battleship force as a possible threat to the Japanese Empire’s southward expansion. America, unprepared and now considerably weakened, was abruptly brought into the Second World War as a full combatant. [Read the rest…]