“The Department of] Housing and Urban Development has done an enormous amount of harm. My god, if you think of the way in which they have destroyed parts of cities under the rubric of eliminating slums … there have been many more dwelling units torn down in the name of public housing than have been built.” ~ Milton Friedman, Interview, Hoover Institution, February 10, 1999

President-elect Trump’s appointment of Dr. Ben Carson as Secretary of Housing and Urban Development is being criticized on the grounds that he lacks the requisite administrative experience. More likely, Carson’s affront was to question why HUD exists.

Republican presidents have been ambivalent. Having bigger fish to fry, President Reagan appointed Sam Pierce HUD Secretary so that he could ignore it. George H.W. Bush repaid Jack Kemp’s political opposition by first making him HUD Secretary and then frustrating his attempts to eliminate the Department. HUD Secretary Alphonso Jackson, appointed by George W., was allegedly focused on participating in the traditional kickback schemes while his Assistant Secretary for Housing pursued homeownership policies that contributed mightily to the financial crisis of 2008.

Democratic presidents have used it as a platform to pursue other agendas. Jimmy Carter’s HUD Secretary Patricia Harris introduced Fannie Mae housing goals – quotas – as punishment for not appointing a woman to the Board of Directors. Between scandals, Clinton’s HUD Secretary Henry Cisneros promoted the homeownership goals that left both the financial system and the new mortgage borrowers bankrupt.

HUD’s budget is relatively small as compared to other federal departments, but it has always punched far above its budget weight in destructive power. To put HUD’s annual budget of about $50 billion in perspective, the cost of the homeowner mortgage interest tax deduction is two to three times greater, but HUD’s “mission regulation” of financial institutions has given it influence or control over trillions more.

The initial political interest in housing during the Great Depression was entirely Keynesian, i.e., related to the short-term potential to create jobs and relieve cyclical unemployment – the “infrastructure investments” of that era. The Democrat’s approach to construction, management, and allocation of public housing was generally implemented to benefit builders and rife with corruption. FHA and Fannie Mae were chartered mostly as off-balance sheet financial institutions to stimulate housing production on the cheap.

The problem of urban development, as many politicians and urban analysts saw it in the 1960s, stemmed from the 1956 Eisenhower initiative to build highways financed by the National Interstate and Defense Highways Act, a byproduct of which was that more affluent people commuted from the suburbs while leaving poorer families behind. The pursuit of the American Dream of homeownership left city administrations accustomed to cross-subsidizing municipal services in fiscal distress, creating a vicious cycle: as services declined, more affluent households moved out.

The Housing and Urban Development Act in 1965 established HUD as a separate cabinet department as part of LBJ’s Great Society to give a greater priority to housing and urban issues. HUD inherited a mishmash of various New Deal federal programs, ranging from public rental housing to urban renewal, as well as financial oversight of FHA and Fannie Mae.

Faced with steep “guns and butter” budget deficits, LBJ focused on ways to further encourage off-balance-sheet financing of housing construction through “public-private partnerships.” Republicans, led by Senator Edward Brooke of Massachusetts, convinced by academic studies that the urban riots of the 1960s were the direct result of poor quality housing and the urban environment and by lobbyists for housing producers, supported the Housing and Urban Development Act of 1968. The “goal of a decent home and a suitable living environment for every American family” was first introduced in the 1949 Housing Act. Title XVI of the 1968 Act “Housing Goals and Annual Housing Report” introduced central planning without specifying the goals, a timetable for implementation, or a budget.

In the late 1960s, the Weyerhaeuser Corporation produced a forecast of single-family housing production in the coming decade to assist with tree planting. Congressional math wizards divided the total forecast by 10 to produce HUD’s annual housing production goals for the nation. For the next decade, HUD Secretaries were annually paraded before their Senate oversight Committee on Banking, Housing, and Urban Affairs to explain why they did or did not meet these production goals.

The economic goals of “affordable” housing have generally been in direct conflict with urban development. When I proposed demolishing the worst public housing projects and redeveloping the land, using the proceeds to fund subsidies for existing private market housing (something partially achieved during the Reagan Administration), Clinton Administration officials scoffed at the idea.

HUD combines socialist goals and fascist methods that seriously distort and undermine markets. There is neither market nor political discipline on the enormous scope of its activities. HUD met unfunded goals through financial coercion, undermining both Fannie Mae and Freddie Mac, and their commercial banking competitors, with the collusion of the Senate Committee responsible for both financial and housing oversight, leading to the sub-prime lending debacle of 2008.

There is no economic rationale for a federal role in housing or urban affairs in a market economy. HUD represents a continuing systemic threat for which there is no cure. May it RIP. 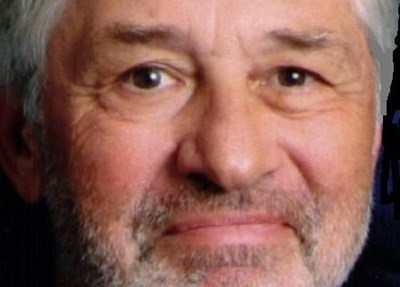 
Kevin Villani, chief economist at Freddie Mac from 1982 to 1985, is a principal of University Financial Associates. He has held senior government positions, been affiliated with nine universities, and served as CFO and director of several companies. He recently published Occupy Pennsylvania Avenue on the political origins of the sub-prime lending bubble and aftermath.

4 thoughts on “There Is No Possible Reform for HUD”