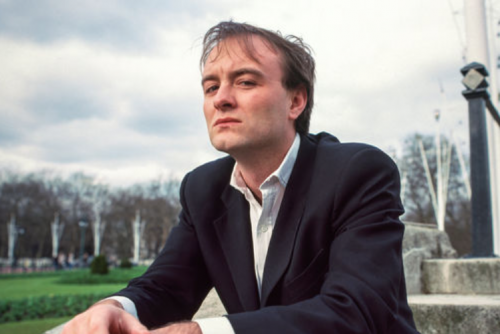 It is full of many interesting observations and various insightful, epigrammatic comments:

Most of the MPs we dealt with were not highly motivated to win and lacked extreme focus, even those who had been boring everybody about this for decades. They sort of wanted to win but they had other priorities. …

This lack of motivation is connected to another important psychology – the willingness to fail conventionally. Most people in politics are, whether they know it or not, much more comfortable with failing conventionally than risking the social stigma of behaving unconventionally. They did not mind losing so much as being embarrassed, as standing out from the crowd. (The same phenomenon explains why the vast majority of active fund management destroys wealth and nobody learns from this fact repeated every year.)

This happens all the time, not just in politics.

Over and over again outside London people would rant about how they had not/barely recovered from this recession ‘while the politicians and bankers and businessmen in London all keep raking in the money and us mugs on PAYE are paying for the bailouts, now they’re saying we’ve just got to put up with the EU being crap or else we’ll be unemployed, I don’t buy it, they’ve been wrong about everything else…’ All those amazed at why so little attention was paid to ‘the experts’ did not, and still do not, appreciate that these ‘experts’ are seen by most people of all political views as having botched financial regulation, made a load of rubbish predictions, then forced everybody else outside London to pay for the mess while they got richer and dodged responsibility. They are right. This is exactly what happened.

Many Tory MPs and ‘free market’ pundits / think tankers are living in a fantasy world in which they want hostility to big business to end even though everybody can see that those who failed largely escaped responsibility and have even gone back to doing the same things.

It is almost enough to make you think that the whole “expert” thing is really some kind of racket, isn’t it? Lawyers are notoriously not impressed by experts, since in every important case there are experts, often with lovely paper credentials, on both sides of the case, contradicting each other. The science is settled? Really? Meet my friend the expert, a gentleman from out of town with a briefcase, prepared to explain why it is not settled …

“I suspect that in general big mistakes cause defeat much more often than excellent moves cause victory.” Cummings follows this up with an analysis of human versus computer decision-making in chess.

Cummings explains why the smarty-pantses get it so terribly wrong:

Generally the better educated are more prone to irrational political opinions and political hysteria than the worse educated far from power. Why? In the field of political opinion they are more driven by fashion, a gang mentality, and the desire to pose about moral and political questions all of which exacerbate cognitive biases, encourage groupthink, and reduce accuracy. Those on average incomes are less likely to express political views to send signals; political views are much less important for signalling to one’s immediate in-group when you are on 20k a year. The former tend to see such questions in more general and abstract terms, and are more insulated from immediate worries about money. The latter tend to see such questions in more concrete and specific terms and ask ‘how does this affect me?’. The former live amid the emotional waves that ripple around powerful and tightly linked self-reinforcing networks. These waves rarely permeate the barrier around insiders and touch others.

We all fool ourselves but the more educated are particularly overconfident that they are not fooling themselves. They back their gang then fool themselves that they have reached their views by sensible, intelligent, reasoning.

Cummings points out, correctly, that the usual sources of purported political debate, particularly television, actually do nothing to enlighten the listener-viewer-reader. They are value-destroying activities.

Insiders think of the masses as being irrational in paying so little attention to political debate. I think they are rational. If you want to understand politics you should read serious things and invest time and effort in researching public opinion. You should particularly make an effort to invert your point of view and consider opinions very different to your own. Time spent watching/listening to shows like Newsnight and Today is not just wasted – it is actively distorting reality and making you less informed. I often meet people who are cleverer than those in politics and successful but they have deluded views about politics because they pay too much attention to political analysis. Overall, unless you are professionally involved in politics you will be better off if you stop >95% active reading of political analysis. You will miss occasional worthwhile things but the effort of sorting them is not worth it.

The admonition to “read serious things” is always good, and this blog has always advocated it. Trying to look at the world from other points of view is helpful as well. Reading memoirs from other times and other countries helps.

Cummings explains why he supported Brexit: The incapacity of the EU institutions to make error corrections, and the superior capacity of the Anglo-American Common Law system to do so:

The foundation problem with the EU was best summarised by the brilliant physicist David Deutsch, the man who extended Alan Turing’s 1936 paper on computation into the realm of quantum mechanics. Deutsch said:

‘The EU is incompatible with Britain’s more advanced political culture. I’m voting Leave… [E]rror correction is the basic issue, and I can’t foresee the EU improving much in this respect… [P]reserving the institutions of error correction is more important than any policy… Whether errors can be corrected without violence is not a “concern” but a condition for successfully addressing concerns.’

Healthy and effective systems like our immune system and the English common law allow constant and rapid error-correction. Unhealthy and ineffective systems like the EU and modern Whitehall departments block error-correction. They are extremely centralised and hierarchical therefore information processing is blocked and problems are not solved. In politics this often leads to disasters when more and more resources are devoted to reinforcing failure. NB. This most fundamental question played effectively no role in the debate.

Cummings had the self-discipline to say nothing about his own rationale for supporting Brexit because he knew voters would not understand it and would not care about it.

And near the end he sums up the failure of politics, compared to other activities with this epigram:

One of the basic reasons so much in politics is mismanaged is that so often those responsible are more interested in social relations than in results and unlike in other more successful fields the incentives are not structured to control this instinct.

Read it all. He has a lot more to say about a lot of things, including the nuts and bolts of the Leave campaign, and the election of Donald Trump.

An interview from a year ago is interesting in light of subsequent events:

Of course, we are the underdogs and it’s hard to take on the whole power of the establishment; the CBI, Whitehall, Brussels. There are threats going out to big businesses: “We’ll destroy your business if you come out on the Leave side.” We had exactly the same thing when I was on the Euro campaign in 1999. Whitehall and Brussels called people up and said: “If you support the anti-Euro campaign we will destroy you on the following regulations… Don’t expect us to help you in Nairobi on X or in South America on Y.” That’s par for the course and it obviously makes things difficult for us, but I think we’ve got a good chance.

… it is certainly true that for a very small number of very powerful and very big multinational firms, there are advantages in having one set of rules set in Brussels in a very non-transparent way which expensive lobbying operations can go to work on. And of course, as Adam Smith warned, big business is often the enemy of freedom. It’s often the enemy of the public interest and it often uses regulations to try and crush entrepreneurs.

10 thoughts on “Dominic Cummings: How the Brexit Referendum was Won”