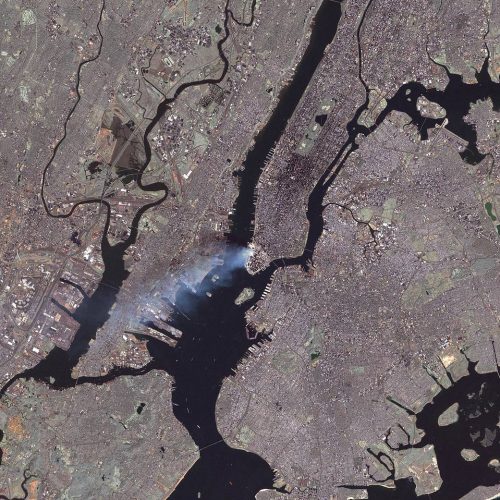 I guess I thought they were all gone, those types of monsters, stranded on reels of black and white film.—Cara Ellison (blog no longer available), in a 2007 post about 9/11/01.

An attack, not a disaster or a tragedy. George Savage explains why the persistent use of terms like “tragedy” by the media acts to obfuscate the true nature of the 9/11 attacks.

The Diplomad posts a speech he gave on 9/14/01, when he was charge d’affaires at a U.S. embassy.  You did not hear speeches like that being given by diplomats under the administration of Barack Obama.

Monica Crowley digs up an article written on September 19, 2001, by an Illinois State Senator named Barack Obama…and analyzes what it tells us about this man’s worldview and lack of intellectual depth.

A time bomb from the Middle Ages. Roger Simon explains how 9/11 altered his worldview and many of his relationships.