In April the party launched a telephone hot line and online platform for reporting “historical nihilists,” who fail to comply with the official party line.

In the United States:

Students were almost as eager to report their classmates: 76 percent of liberals, 57 percent of independents and 31 percent of conservatives say that a student who says something that offends other students should be reported.

We have fallen a long way from the ideals expressed in Norman Rockwell’s classic painting, and the downward path is continuing. 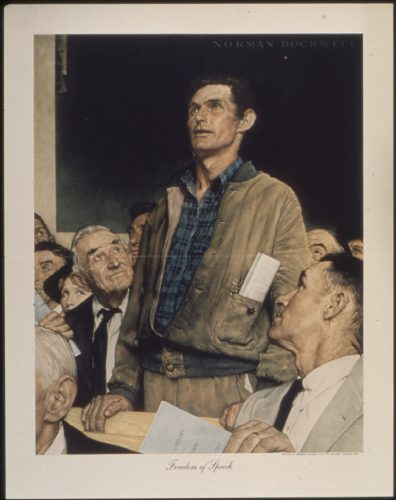 18 thoughts on “Report Those With Unapproved Ideas to the Proper Authorities!”