Sexy Beijing is an interesting video blog / Internet TV station. The videos that I watched were well made, informative and entertaining. Here’s one about Beijing’s mass-transit system that I liked:

There’s much more of interest on the site. Check it out.

A little less than a year ago, I wrote a post titled Any Color as Long as it’s White, about the project at Tata Motors (India) to create the cheapest car ever built–cheaper even, in inflation-adjusted terms, than the Ford Model T. Here’s the car. See commentary from India, here and here.

And in China, a company called BYD Auto is launching a plug-in hybrid which is supposed to be available for sale (in China) this summer. Interestingly, the parent company of BYD is a battery manufacturer.

These cars won’t be available in the U.S. anytime soon, and will likely never be available in the U.S. in their present forms. There are issues of regulatory compliance, of consumer expectations, and of the need for a sales and support structure. But any U.S. auto executives who think that these announcements aren’t very relevant to them need to do some remedial reading. In their book The Innovator’s Solution, Clayton Christensen and Michael Raynor point out that disruptive innovations–those destined to change the structure of an industry–tend to attack from below. They usually first appear in a form that is in some ways inferior to the existing dominant technologies, and hence are unlikely to get the attention or respect of industry incumbents. I think it is quite likely that innovations developed by companies such as Tata and BYD–whether product design innovations or manufacturing process innovations–will in the not-to-distant future have a significant impact on the U.S. auto industry. 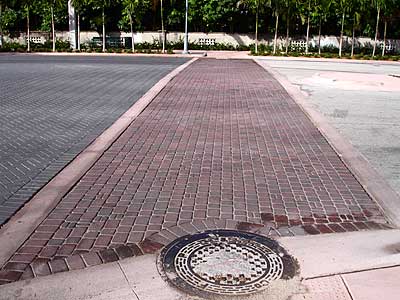 A few weeks ago I was riding a bus to work (usually I walk, but sometimes I take the bus if it is right there). The bus had a canned announcement saying that if the CTA didn’t get a funding increase, the CTA was going to discontinue this route.

There were a large number of routes at risk. Most of the routes that only run during rush hours, like the 125, were “on the block” to be cut.

Jim Miller has an excellent post on Portland, Oregon’s mass-transit boondoggles, and on the religious zeal and overarching intrusiveness of the Pacific Northwest’s political class in support of wasteful programs that most local citizens don’t want:

Some may wonder why I call Seattle reactionary. That seems obvious to me, but may not be to others, especially those on the left. On the whole, the political class in Seattle wants the races to be treated differently, is fond of 19th century technology, such as trollies and light rail, and generally wants to manage every detail of a citizen’s life. All of these, especially the last, are very old ideas. In fact, the last idea goes back to ancient Sumeria. I think it is fair to call their support for outmoded ideas, ideas that have not met the test of time, reactionary.

Worth reading in full.