Strange but true – General Lopez de Santa Anna’s invasion of Texas in 1836 was not to be the last time that a Mexican Army crossed the border into Texas in full battle array – artillery, infantry, military band and all. Santa Anna may have been defeated at San Jacinto – but for the Napoleon of the west, that was only a temporary setback. In March of 1842 a brief raid by General Rafael Vasquez and some 400 soldiers made a lightening-fast dash over the Rio Grande, while another 150 soldiers struck at Goliad and Refugio. They met little resistance – and departed at speed before Texan forces could assemble and retaliate. All seemed to have quieted down by late summer, though: Texas had ratified a treaty with England, and the United States requesting that Texas suspend all hostilities with Mexico. 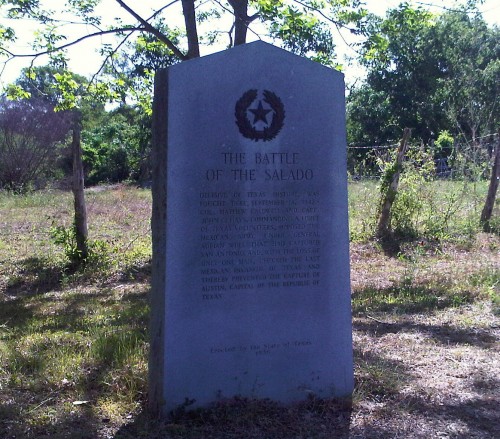