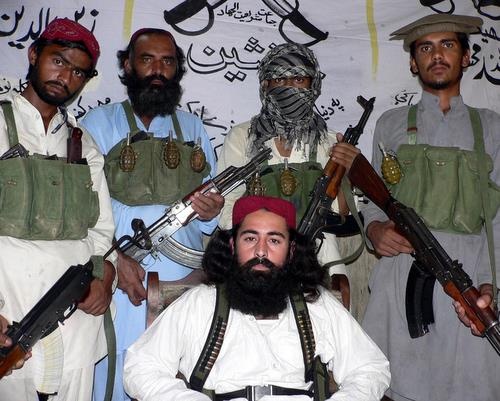 Interesting news, if “Dog Bites Man” stories can be considered interesting. Not on their surface, of course, but the implications which they contain. A dog biting man story begs the question “Who owns the dog?”. Our story though is not about something as mundane as a dog but of a putative ally, Pakistan.

ISLAMABAD – Pakistan’s main spy agency continues to arm and train the Taliban and is even represented on the group’s leadership council despite U.S. pressure to sever ties and billions in aid to combat the militants, said a research report released Sunday.

….But the report issued Sunday by the London School of Economics offered one of the strongest cases that assistance to the group is official ISI policy, and even extends to the highest levels of the Pakistani government.

“Pakistan’s apparent involvement in a double-game of this scale could have major geopolitical implications and could even provoke U.S. countermeasures,” said the report, which was based on interviews with Taliban commanders, former Taliban officials, Western diplomats and many others.

Here is a text of the actual report (PDF):

The Sun in The Sky: The Relationship Between The ISI and Afghan Insurgents

I wager the case therein is understated when measured against the actual reality.

Of course, I am not surprised. a while back, I asked why Pakistan was considered an ally rather than an enemy of the United States:

The horns of our dilemma is that our long time “ally” whom we have hitched ourselves to in a grand war effort against revolutionary Islamist terrorism is not our ally at all, but a co-belligerent with our enemy. By every policy measure that matters that causes the United States – justifiably in my view – to take a tough stance against North Korea and Iran, applies in spades to Islamabad. Yet none dare call Pakistan a rogue state.

It is the elephant in our strategy room – if the elephant was a rabid and schizophrenic trained mastodon, still willing to perform simple tricks for a neverending stream of treats, even as it eyes its trainer and audience with a murderous kind of hatred. That Pakistan’s deeply corrupt elite can be “rented” to defer their ambitions, or to work at cross-purposes with Pakistan’s perceived “interests”, is not a game-changing event. Instead, it sustains and ramps up the dysfunctional dynamic we find ourselves swimming against.

What is interesting is how broad a consensus view of Pakistani perfidy this is coming to be across the American political spectrum. Let us take two blogfriends of starkly different political coloration as examples, Pundita and Steve Hynd of Newshoggers.com. First Pundita:

Miss Pundita is an inside the Beltway blogger with expertise and interest in the financial-economic and diplomatic nuances of American national security and foreign policy. She is quite conservative, tending, IMHO, to a mix of hard-nosed realism on economic realities and neoconservatism on potential security threats. Here is what she posted on Pakistan:

However, after I finally got to read Waldman’s paper I noticed that his conclusion repeats the canard that if only the Indian Kashmir problem could be solved, this would go a long way to tamping down the Pakistan regime’s murderous rampages. In other words, he’s saying that India bears a big responsibility for the Pakistani regime’s murder and mayhem against NATO troops in Afghanistan.Readers may recall the New York Times (or maybe it was the LA Times; I’d have to check my archives) reporting last year that the CIA station chief in Kabul accused his counterpart in Islamabad of Going Native; i.e., sympathizing far too much with the Pakistani regime’s view of things.Even Hamid Karzai’s brother noted recently that the CIA had a strange habit of trusting no one but America’s enemies; he was speaking of Pakistan.

So — and pardon my thinking aloud — I’m wondering whether Waldman’s stressing of the Kashmir issue indicates that certain factions in the CIA and/or at State are still hell bent on placating Pakistan’s military/ISI.

As a pertinent aside, it is CIA management that is most unhappy with the DoD and CENTCOM contracting out intel assignments to privately run networks to find the Taliban-AQ targets in Pakistan’s tribal belt who mysteriously always elude Pakistan’s otherwise completely ruthless intelligence apparatus when we have the CIA ask for such tactical intel. Now for Steve:

Steve Hynd is a founding member of Newshoggers.com and one of its guiding voices. Steve is a Scotsman with a family political background in both the Scottish National Party and Scotland’s Labour Party, which puts Steve comfortably to the Left of Ralph Nader. Here’s what Steve had to say:

….Shocking! But only if you hadn’t read about a Spanish report in October 2008, the WaPo’s report on what US officials knew in April of this year, just about everything Afghan and Indian intelligence have ever said about the Taliban, NATO reports back in 2006 and, in fact, every bit of evidence since well before Richard Armitage threatened to bomb Pakistan back to the stone age if it didn’t play ball with Bush’s adventure in Afghanistan.

….America has painted itself into a corner. Unless it is willing to admit that its Afghanistan attempts are failed, failing and will fail then it needs Pakistan at any price to keep the occupation there going. And the domestic political costs of admitting failure are likely too great. Obama and Democrats have used Afghanistan as a shield against Republican accusations of being “soft on terror” and many within the White House and the Democratic establishment don’t want to remove that shield – no matter how much sense it may make strategically and financially – in the run-up to 2012. Republican support for Pakistan’s military has been loud and long and goes back even further. They’d be just as embarassed by an about-face.

The only folks unable to recognize Pakistan’s enmity are those drawing a paycheck from Uncle Sam. Ok, unfair. Many career officials in the military, foreign service and intelligence community, perhaps most, recognize it but this reality is not something their elected officials wish to expend any political capital to address when going along grudgingly with the status quo will not cause any damage to their careers ( Obama administration officials can’t bring themselves to breath the word “Islamist” in public, which is a worrisome sign of ideological overdrive). This is why the US has difficult constructing strategy – leadership requires assumption of risk and unpopular telling of truths before things get better.

What would I recommend? It’s actually pretty simple. Not easy, just simple.

1. Accept that Pakistan, for all intents and purposes, is an enemy of the United States for internal reasons related to domestic politics and regional ambitions and will be for some time. Begin to disengage from Islamabad’s embrace by dialing down the Afghan campaign to a level that can be supported only by air, even if it means dropping COIN for FID advisors, sponsorship of loyalist paramilitaries and selective use of air power.

2. Engage India and China in a strategic entente to contain Pakistan’s penchant for exporting various kinds reckless lunacy, from nuclear weapons technology to Islamist terrorists. Be willing to negotiate with Islamabad but inform them that bad actions – like training terrorists and sending them to the US or India – will be met with a stiff and severe military response against cherished institutions and individuals in the Pakistani state apparatus.

3. Keep the door open to better elements in Pakistan’s society and be willing to meet positive changes by Pakistan with reciprocal gestures. Eschew rhetorical demonization of Pakistan, pious public lecturing or empty promises (Pakistanis remember far too many of these) and concentrate on sincere actions, be they carrot or stick.

4. Expect this policy will take a long time to bear fruit and will initially spark much “rent-a-riot” rage in Pakistani streets and “testing” by Pakistan’s shadowy ISI string-pullers. Expect to have our bluff called and be ready to instantly demonstrate the utter seriousness of our change in policy with a response Pakistani leaders will rue. Things will get worse before they get any better.

Strategy involves making choices and giving up fantasies of having one’s cake and eating it too. That Pakistan is our ally in any normal sense of the word is one of those fantasies that is past the time for letting go. Pakistan’s ISI is biting us every day with each flag draped coffin that comes home from Bagram. Opposing every US goal in Afghanistan, taking our bribes does not make Pakistani leaders our friend, much less a reliable ally.

It is time to bite back.

Dr. James Joyner gives a well-considered rebuttal to my sour analysis at The Atlantic Council:

….I share their frustrations but do think it’s more complicated than whether Pakistan is our friend or enemy or the military is fighting the Taliban or helping them. In both case, it’s a mixed bag.

First, no country is any other country’s friend. Pakistan is on our side when it serves their interest. Which, oddly enough, is how we’ve long dealt with Pakistan.

But Safranski is right: I do think the report calls into question, yet again, who’s running the show in Pakistan. The answer, generally, has been “The army, of course” but the ISI is theoretically a part of the army, which seems genuinely to be treating the Taliban as a threat. Pakistani soldiers are killing Taliban forces in great number and dying in the process.

How do we square this circle?