Andy B. forwarded this neat photo. The machines in the foreground are harvesting beans while the ones in back are preparing the ground for corn planting. The photo appears to have been staged (normally the combines would advance next to each other) but it’s still impressive. 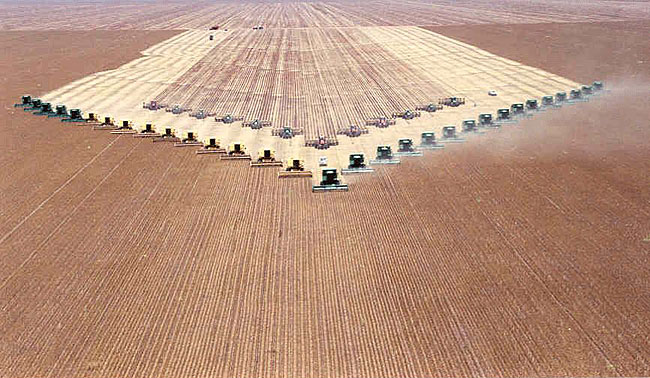