Waiting in line a few months ago to pick up a package, I snapped a couple of photos. A postal employee noticed me doing this and said (I am paraphrasing from imperfect memory the exchange that follows), “You took a picture”. I said yes. She said, You can’t take pictures in the post office. I shrugged. She called over another lady whom she identified as a supervisor.

The supervisor said, You can’t take pictures in the post office. I said I wasn’t aware of such a rule and it’s a public place. She said photography is against the law in federal buildings. I knew this couldn’t be true but there wasn’t much to gain by arguing. The ladies were very stern and I thought their reaction excessive. My assumption in such situations is that something else is probably going on. Maybe they don’t want a picture going up on the Internet that shows postal employees talking on the phone or whatever. Someone could get into trouble. But I don’t know. Anyway, I was pretty sure I hadn’t done anything wrong and I didn’t know what they wanted me to do. I didn’t feel like hanging around but I was still waiting for my package. At this point the supervisor called her supervisor.

Somewhere around this time the first supervisor retrieved my package and said I could have it but only if I deleted the photos I had taken. I said, I can’t do that. The postal employees conferred among themselves. After a minute they brought me my package. Before I signed for it the top supervisor made a point of copying my name and address from the package label and said he was going to forward my info to the postal inspectors. I said, You can do that, and signed for the package.

As I turned to leave I noticed that a line of customers had formed behind me during the surreal interaction that had occupied me and three postal employees for something like ten minutes. 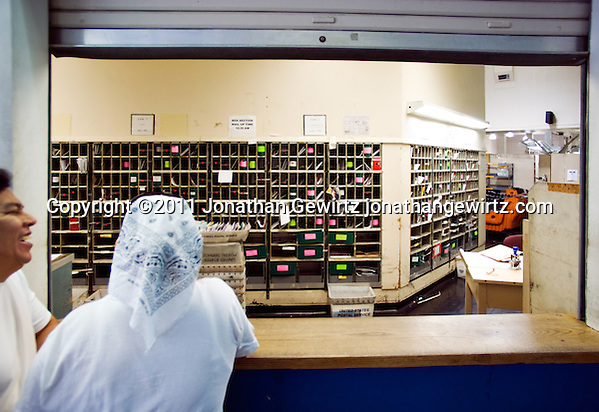