Went down into the loop to patronize a local business for lunch. By most accounts business has been bad because the city is on lock down for these protestors. The streets did seem very empty for a beautiful sunny Sunday in May. 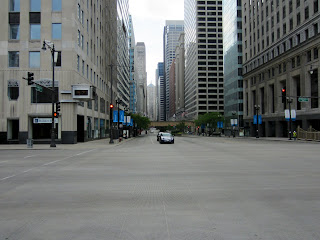 The police had a base on the north side of the new Art Institute Wing. They blocked the entrance with city snowplows and left a car in the front in case someone wanted to enter or exit. 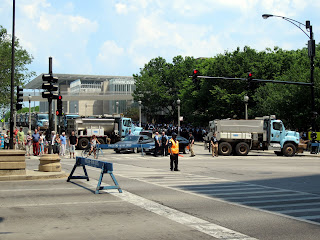 Here someone is moving the car so one of the officials’ cars can leave. 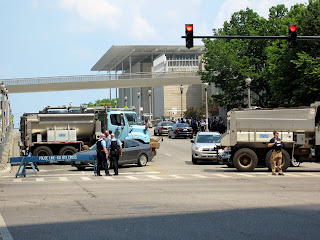 This is the start of the protests. The journalists were in a big red tourist bus so that they could take pictures of the proceedings. Probably there were as many journalists and hangers on (who weren’t joining the chants, just watching as if it was on TV) as there were marchers. 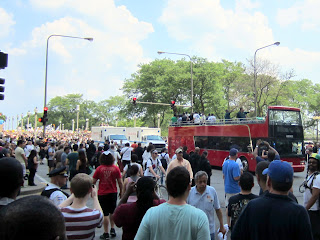 Here is the start of the protestors with the 2 police trucks. The protestors were smart to put the war veterans against the war up front, there were a few of them. They certainly earned their right to protest, the rest, not so much. 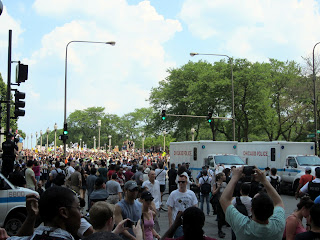 You can see one of the journalists pointing their camera at me and the other people watching this on the corner. I can say with certainty that everyone I saw there that wasn’t marching was just there to see the spectacle. When someone came out of the crowd with handouts no one took them or showed any sympathy. 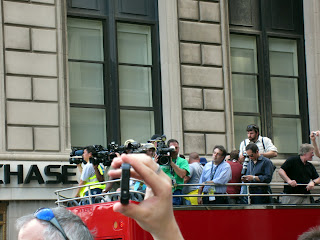