Around River North I frequently see this rather petite woman walking these two giant dogs. A female relative of mine hurt her arm when a big dog pulled on the leash while she was walking it; these dogs could obviously take her for quite a ride if they were ill trained. They appear to be well trained – she must know what she is doing at least according to the “Dog Whisperer” she is walking in front of her dogs (everyone else I see in the city walks behind their dog). 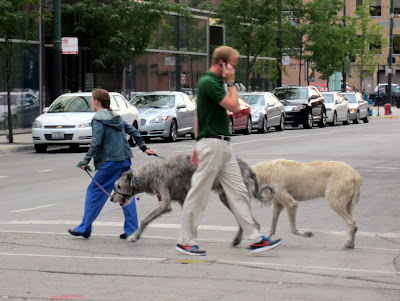 While shooting at Gerry’s farm this dog apparently had some sort of death wish… he continually walked in front of the firing line, no matter what we were firing (even Gerry’s powder gun which packed a big wallop). We had to shout “dog” while people were shooting so they could wait for the dog to lope right past the targets before restarting, kind of like how you shouted “car” when you were younger while playing ball in the street. This went on for over a half hour. 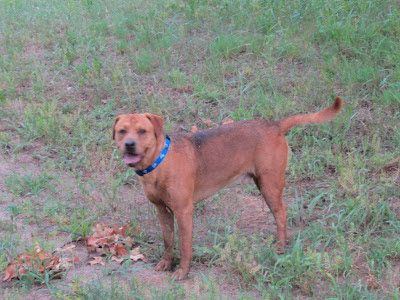 3 thoughts on “Dogs Around Town”