It is not remarked generally in the popular press but, in many instances, the West is barely capitalist. Let’s just look at the simplest definition of capitalism, per Wikipedia:

Capitalism is an economic system that is based on private ownership of the means of production and the creation of goods or services for profit.

How many of the businesses and services that you encounter on a daily basis meet that test? Very few, I’d bet. 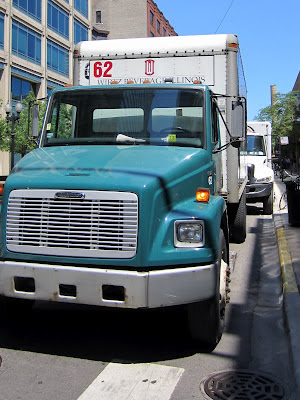 Here’s some hardworking guys that load beer out of a truck. Oh wait – that’s Wirtz, and they are part of what is basically a beer cartel, an Illinois Liquor Distributor. This Chicago Reader article (while a few years old, still basically relevant) calls it out:

Many say the three-tier system has made distributors a protected class, but distributors maintain that liquor requires special rules to this day… California State University economics professor Glen Whitman, who has conducted a study on the economic logic of the system, pooh-poohs this rationale. “The arguments are in no way specific to alcohol,” he says. “Why aren’t we concerned about people producing counterfeit Coca-Cola? We have sales taxes on all kinds of goods, but we don’t feel the need to create a third party for them.”

If you are in the media business, your license or spectrum is effectively negotiated with the government. If you are in the health care business, you are tied to a byzantine public / private system deeply enmeshed with the use of government dollars. Energy / electricity / gas is tied to various monopoly service laws, and permitting pushes out many of the smaller entities (“fracking” is one of the rare efforts to escape their grasp, mainly because it came up spontaneously and off the radar). Agriculture is tied to price supports, and many service industries (such as law) use “guild” power to limit new members and entrants, regardless of quality of work claims. Of course schools, universities, police and fire departments, etc… are completely government controlled entities.

So what’s left? Well you have small scale retail, and restaurants. While they have a bit of government oversight, the government probably plays a smaller role than in most industries.

A recent article I wrote about the power situation in the UK was distressing because the government was effectively moving to virtually a “central planning” model for energy, and this is a Tory (right wing) government. Without a second thought they disregarded the fact that the private sector generally does better than a government imposed model, whether it is done by command or by fiat by limiting permitting and creating bogus incentives on items such as wind power which collapse as soon as the gravy train expires.

It is definitely a scary thought experiment to think about the “free market” as you walk around a city such as Chicago, and how little of it exists, and how what’s left is dominated by crony capitalism, cartels, and political favoritism.