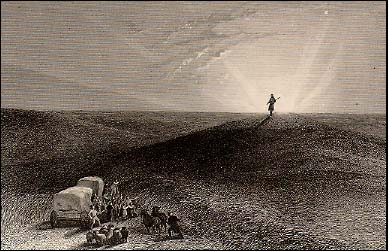 Tea Partiers want to be left alone – government kept from faith and speech, guns and books. Government restrained from taking property – house or wallet. Anyone who thinks those beliefs don’t have legs isn’t getting my phone calls – the tea party candidate’s supporters in the primary fill the answering machine and from my husband’s relatives fill our in-box. It has legs because this is who we are, or at least want to be: responsible adults, autonomous. Equivalence with the Occupiers misses core differences; Occupiers want what they fantasize the 1% have. We are human – we covet. But Americans haven’t taken to OWS because we aren’t proud of our envy; we prefer grandeur to pettiness.

The Tea Party has roots – aware that restraint of power is difficult, but has a proud American history. Washington’s greatness lay not only in his victories but also his restraint – he refused (as few have) to abuse his power – restraint gained him respect, gave him another kind of power. Respect for flag and country characterizes the tea party; it is respect for a greatness defined by its restraint – recognizing the limits of government when it bumps against man’s intrinsic rights.

Our system is designed (or was – let’s hope is) to channel our desire for goods and power into productive action. A responsible individual sees money and respect derived from action. Goods gained by earned wealth and power by earned respect are not easily gained. If lust for power is too great, the respect necessary to achieve it will be withheld. And earned wealth is our goal – to have tested our minds and muscles, stretched ourselves a bit, thought & invented. Our systems – political and economic – have built-in restraints. When we weaken those restraints (as surely the bail-outs did), we become less able to become who we can be.

America’s exceptionalism – our outlier status – is at root individualism. (See Lipset & Fischer) Liberty breeds it. We value community, faith, family, vocation. But our myths emphasize individual choice, liberty. Hyperbolic, hyperventilating, but not exactly wrong, Leslie Fiedler sees American cultural heroes as outsiders, pushing against the limits. Early modernists, we delight in heroes on the move, alienated perhaps, but mythic in their competence, their self-reliance. These twentieth century characters contrast with couples whose marriage and immersion in communities produce so many comedic conclusions. The Tea Partiers are part of the community, but each also relies on personal resources, personal strengths.

So, if this is us – independent, resilient, but sometimes awfully high and lonesome – do we see it in our culture? Well, yes. It was extreme in Roger Williams. As stubborn as heroic, as fervent as thoughtful, he defined a distinctive thread that runs throughout our culture. Most prefer John Winthrop, whose great lay-sermon “A Model of Christian Charity” emphasizes the “ligaments of love” that bind us. Not surprisingly, fewer settled Rhode Island. But Williams’ beliefs are bracing; Providence, with its houses in a straight line, each looking at its own horizon rather than facing one another, well, that is also our heritage. This spring, a good student observed that the Puritans stand in a circle contemplating the beauty of God’s grace; Transcendentalists stand in a circle looking outward, each contemplating his own horizon. He simplified; the Puritans were remarkably introspective and the Transcendentalists reinforced each other in their community. But he had a point. The introspection remained, but communal not so much. He was one of those who find the first quarter moving, but his irritation with the American romantics led him to a real truth.

We still read “Self-Reliance.” We prefer the rancher to the farmer, the hard boiled dick to the policeman, Shane’s Alan Ladd to Van Heflin, Casablanca’s Humphrey Bogart to Paul Henreid: they don’t get the girl; horizons beckon; they are the surveyors of the wilderness. Shane explains, they live by their own codes, could not be themselves (could not lose themselves) immersed in community & family. Shane says that with regret. But his position is firm. Competent and courageous, these hero’s codes are only imperfectly embodied in the laws of their world but firmly writ in their hearts. In more complex versions, deep sadness characterizes this alienation. But a sense of integrity, of the wholeness of the self, remains – building the self is the hero’s responsibility. If film noir is America’s gift to twentieth century mythic alienation, our steps toward it began long ago. Our earliest writers are concerned with how man is rent from his God – a rending that then rends us from one another.

But if we saw the down side, we also saw the up. In the nineteenth century, we saw that rending is necessary for self-consciousness; it is the first step as each of us makes a separate self. In the first decades, this myth was perhaps best defined by James Fenimore Cooper (1789-1851). The Spy is early espionage – the epitome of the loner who for the good of the community takes its scorn. Natty Bumppo is an easier myth: he lives by his code; his maturity disciplined by nature which teaches him competence, proportionality, and humility. The nature that does that is sublime. Huge, beautiful, it beckons to the heroic in man. Cooper’s characters become dots on the horizon in a Cole painting. Natty Bumppo himself, larger than life with the sun setting behind him, reigns in an illustration for ;The Prairie, where, as a quite old man, he dies – even then moving ahead of the encroaching “civilization.”

Cooper’s settings have a harsh grandeur, sublime and magnificent. He and his contemporary, Washington Irving (1783-1859), define American fiction’s early forms. Both use rural New York settings. Cooper sweeps us forward with his great narrative arcs, though his style may be cumbersome. Irving is urbane and witty, his practiced wit skewering characters, his style a model for schoolchildren. The two prepare the way for later, often more complex writers. Few characters, however, cast as grand a shadow as Leatherstocking.

3 thoughts on “Natty Bumppo Would Understand”