The immortal lines of Oscar Wilde had the famous quote about the cynic:

Binny’s makes it easy to at least quantify the “value gap” between what you pay and what you get on crappy beer. They show prices in terms of cost per ounce which is at least one common metric from what is good and what is bad. 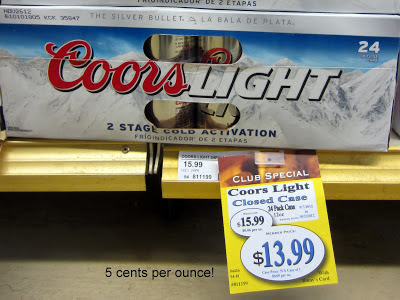 Coors Light! Dan’s favorite! On sale it is only FIVE CENTS AN OUNCE. By contrast you are paying maybe 10 cents for bottled water and 20 cents (or more) for Starbucks. 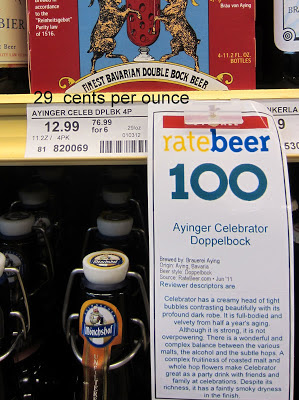 And here is a beer rated “100” by the beer adviser (I don’t like stuff that heavy, but I’m sure that if you were a connoisseur of that type of beer it would be fantastic). At 29 cents an ounce, it is almost 6 times more than what you pay for Coors Light.

At least now you have a consistent metric showing 6x in terms of awful-ness.

9 thoughts on “Price and Value”