A few days ago here I asked a question about what “1 yeast” was in my grandmothers rye bread recipe. The comments held a lot of good information and I am happy to report that one packet of yeast worked just fine.

Below the fold are a bunch of photos from my first run at Grandma’s rye bread and some random thoughts I had along the way. Forgive some of the photos for not being centered or perfect in advance, as since my hands were pretty dirty and I had my 8 year old daughter assisting me with the camera.

The first part of the recipe (click back to the old post for a review) said to mix the rye flour and yeast dissolved in one cup of water, and let it sit overnight covered. Here is what that looked like. About the size of a 16″ softball. 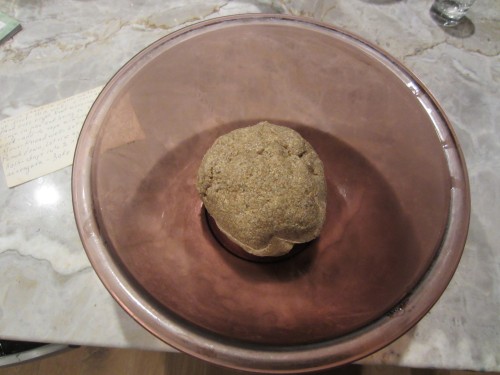 Next up was boiling the next five ingredients, which included brown sugar, caraway seeds, and a few other things. 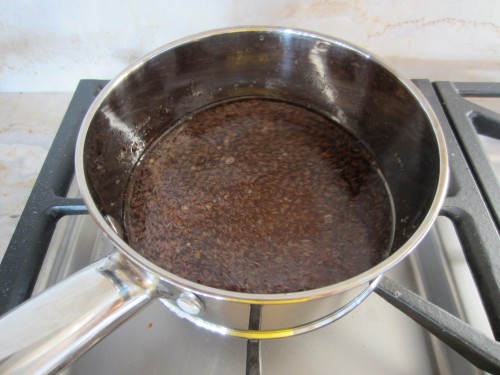 After letting that cool, it was to be mixed into the rye flour “softball”, and this is what you end up with. Pretty messy. 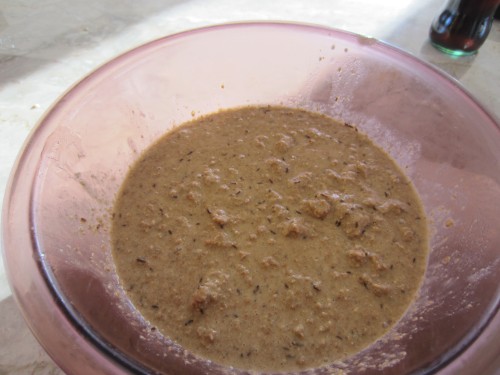 Now, this was to be mixed with three cups all purpose flour. I did this with my hands and it didn’t start out well, but it came together nicely. Then the card said to “knead well”. I have never made bread before so I scanned the internet for a bit and most agreed that ten minutes of aggressive kneading was all that was required. I ended up with this, and the spoon is there for scale. 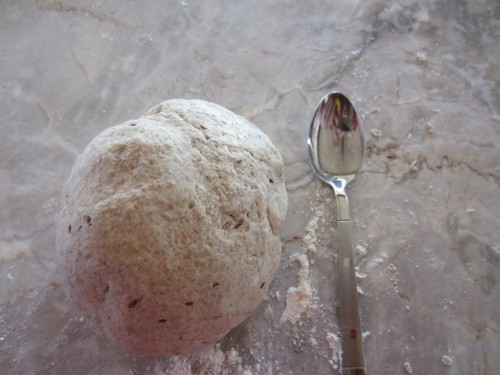 Then we had to let it rise, and rise it did. 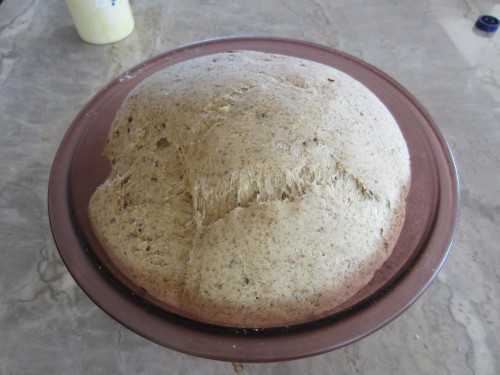 Then punch it down, and let rise again. After that, we were instructed to cut the dough in half and shape into two round loaves. Mine is the smoother looking, my assistant did the more rustic looking one. It didn’t really matter in the end. Chef’s knife there for scale. 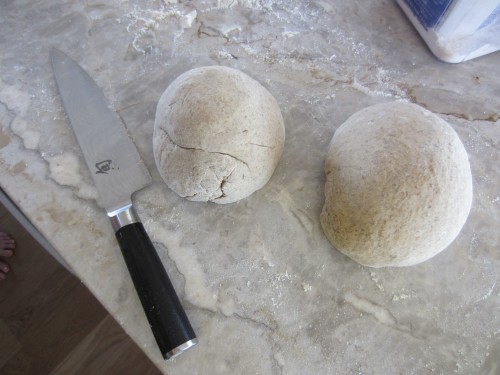 Here is what we ended up with after baking. My wife told me to take them out ten minutes early due to the oven running a bit hot, but she was incorrect – the inside was a bit spongy. Nothing terrible, but it annoyed me. 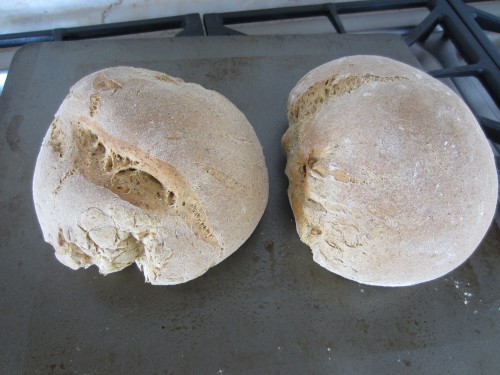 And here is what we have. 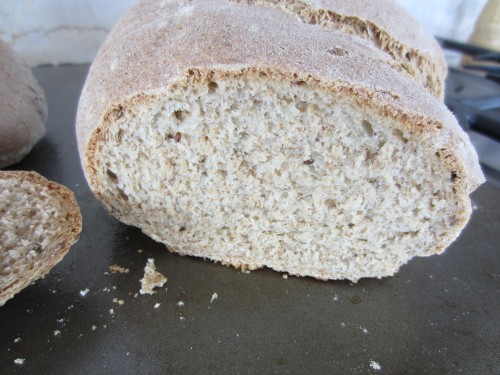 Some thoughts on this.

I had never made bread before, and it was a lot of fun. I was pretty happy that I made something that actually turned out to be edible. The taste is very mild. I was quite surprised knowing that my Grandmother and Grandfather were from the old country and I imagine that the bread that they were used to from their youth would have been seriously sturdy. Then again, maybe they were happy to have the luxury of cheap food available, and liked the milder flavor. This bread tasted of rye, but it was somewhat faint. I typically like my rye bread to blast me with the rye and caraway flavor, but this does not do that at all. My wife and kids absolutely devoured it and are already begging me to make more. They like bread anyways and this was a home run.

So everything turned out alright and I am now inspired to try my hand at some different types of breads.

It is difficult to put an exact cost on a per loaf basis, but looking at all the stuff I have left over, I would ball park it at around $2. But when you factor in the time and mess to clean up, well, what is your time worth? In the end, it was fun and most of the time I see these “artisan” loaves in the bakery for $6 and up so by my rough math I am producing these loaves for less than half the cost of retail. YMMV.