God bless the new Pope. Michael Potemra notes that St. Francis of Assisi was called to rebuild the Church. May his namesake repair what needs repairing. 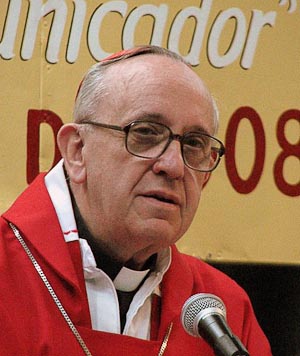 25 thoughts on “Pope Francis I”