I made a pretty successful run at Grandma’s rye bread a few weeks ago and decided to look at something else in her box of recipes to try out.

My wife has an annoying habit of wanting sweets for breakfast. Maybe it is me but I just don’t like them in the morning. She loves a sweet roll or whatever with her coffee. So I decided on the Streusel Layered Coffee Cake as my next try. The recipe looked simple and I had most of the ingredients laying around. Here is the ingredient list: 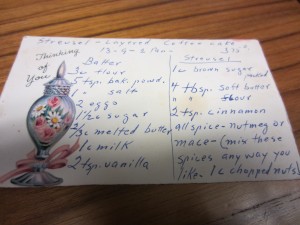 And here is the technique: 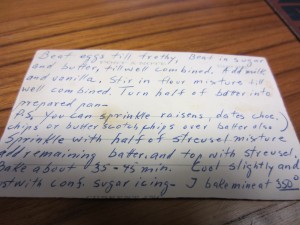 The wife doesn’t typically like nuts in her sweets so I omitted those. Also, I didn’t have mace in stock, so I subbed a bit more nutmeg and allspice.

I started to mix the batter and got to the third step when I realized that I didn’t have any milk. I was going to be damned if I was going to waste all of those ingredients so I subbed about 3/4 cup of greek yogurt. The batter was extremely stiff. 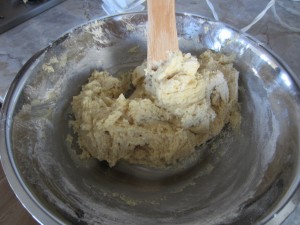 It was pretty impossible to work with, but I soldiered on. It was tough to spread half of the batter across the pan, but I took my time, and was patient and was able to do it, somewhat. 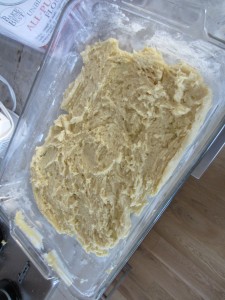 At this point there is an option to spread raisins (my Grandma always spells it raisens) or dates or chocolate chips or butterscotch chips over this bottom half but I omitted that as well. Here is the Streusel: 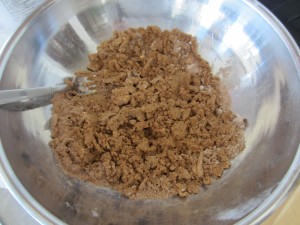 So I put down a layer of that onto the batter, then carefully and patiently put the other half of my batter on top of that and sprinkled the streusel on top of that. It ain’t pretty, but it turned out better than I thought it would. 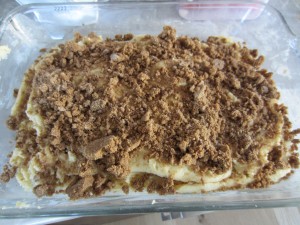 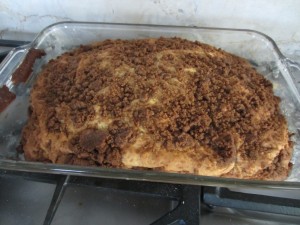 Sure, it looks like hell, but after you cut it, it looks fine: 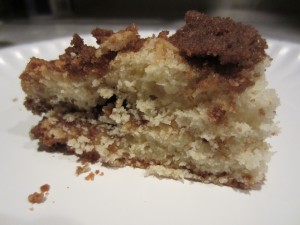 It was really, really good. I think it would be even better if I would have had milk instead of having to sub the yogurt. This recipe is very easy, just mix stuff up and bake it. It is hard to do a financial analysis of this one since I had all of the ingredients in stock, but I would just guess that it cost maybe $3 or so. I imagine a sheet cake of this quality would be $15 in the store. But after you figure in an hour or so of your labor, well, ymmv.