Recently I had the opportunity to travel in London. This post covers some observations about transport from the perspective of a Chicago resident. 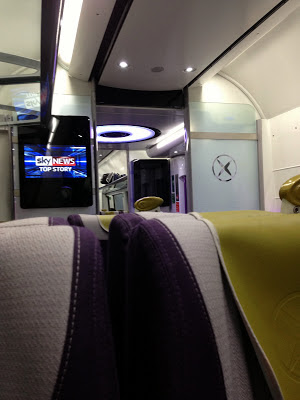 The Heathrow Express is a high speed train that whisks you from Heathrow Airport (the main international terminal for arriving visitors) into Paddington Station in downtown London in fifteen minutes, with no stops. The train leaves every 15 minutes during normal airport hours and is fast, clean and has free wi-fi. The downside is that it costs over thirty pounds for a round trip (about $45). Compared to the “Blue Line” in Chicago, which takes an hour to get to the airport with about 20 stops, the Heathrow Express is a royal way to travel. In the past I have taken the “tube” or subway from Heathrow to downtown which also works and costs far less, although it probably takes 45 minutes or so. 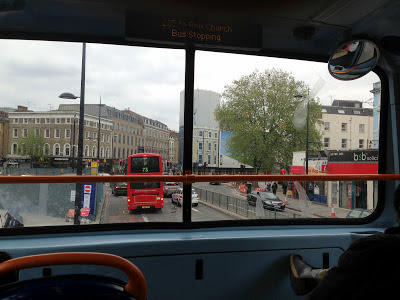 For the first time in London I took one of the ubiquitous traditional red buses that ply the city streets. Unlike the “Tube” which is relatively easy to navigate and follow, you need to do some research to figure out where the buses are going although they now have apps for everything, as well. It is great fun if you have some time on your hands to sit at the front of the top of the bus and watch the driver navigate through narrow streets incredibly crowded with traffic and pedestrians. You can use your “Oyster” card when you get on the bus and refill it at any Underground station. 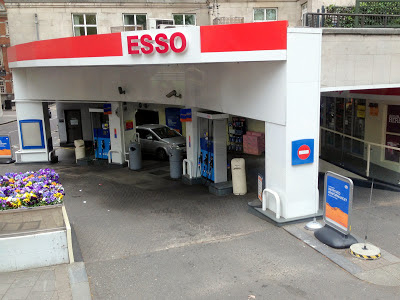 I know that they have a “congestion charge” to drive in London but that does not seem to limit the amount of traffic substantially in the eyes of a visitor. Traffic was jammed during rush hour. I really don’t know where they all fill up with “petrol” as they’d put it because there are so few gas stations in all of central London – here is one of the two that I’ve ever seen (the other one was in Camden). 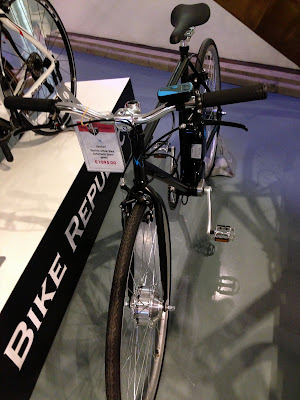 There were bicyclists all over London, and many driving scooters, as well. Given the density and traffic it makes sense if you don’t mind the ever present fear of being run down by a bus or car. This bike at Selfridges was electric powered and retailed for over $1500 which I found to be excessive (but then again there were many excessive things at Selfridges and Harrods, this is grist for another post). 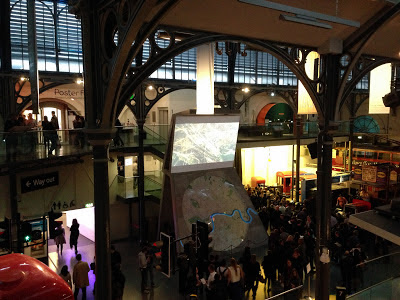 We also went to the London Transport Museum, which I highly recommend. We went at night and it was crowded and fun with music as well as beer and food available for sale. They had great displays and old trains and buses that you could sit in which very many people took advantage of. 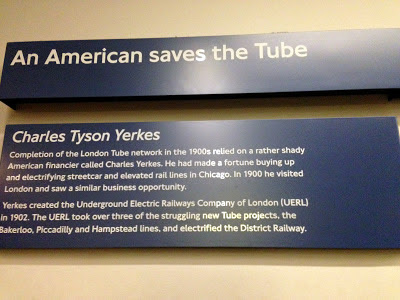 I found this to be an ironic sign since the “El” in Chicago seems so backwards compared to the London transport system. It is an hour to the airport, not 15 minutes. The rusted tracks of the “EL” snake through River North, seemingly relics of a prior era, great for tourists to look at but slow for commuters. The subway system in Chicago is much faster when they have repaired the tracks, but it seems that they put much more investment into the London system.

I spoke with a taxi driver and he said that earnings were down due to the recession. A different taxi driver said that most of the Britons have cut back their taxi usage but that foreigners did help a lot during the holiday seasons since they kept taking cabs.