Welcome to the third installment of the Russian invasion of Ukraine series.  Since Napoleon stated that the moral is to the physical what ten is to one.  After the situation map (below) we are going to start the post with a look at the moral dimensions of the current fighting. Follow it with my impressions of the current fighting.  Then close with a counterfactual of the Ukraine-Russian fighting based on the works of Trevor Dupuy.

I have posted on twitter about the Russian Army columns North of Kyiv decaying into immobile blobs due to the Rasputitsa, poorly maintained Chinese truck tires and shear “follow the plan” Russian incompetence.

The head and first dozen or so kilometers of the southernmost column north of Kiev have been stuck there for EIGHT DAYS.  The Russians have since rammed more and more vehicles into this monster traffic jam (idiotically “following the plan” Soviet-style) so the whole thing is now 65-70 kilometers long (almost 40 miles).

And, because the trucks can’t go off-road due to the Rasputitsa mud and tire problems, they’re stuck on the roads and the roads’ shoulders three vehicles wide for the whole @40 miles.   That means fuel and resupply trucks can’t move on or off road to deliver anything to anybody.

So all the columns’ heads are now out of fuel and battery power.  They can’t move north, south or sideways, and everything behind them is stuck because of the mud, and rapidly running out of fuel and vehicle battery charge too (assuming they haven’t already).  Nor can any of those columns defend themselves because they’re too densely packed.  They’re just targets waiting for the Ukrainians to destroy them.

Only the Ukrainians had something better to do.  They opened the floodgates of reservoirs around those columns to flood them and turn the surrounding areas into impassable quagmires for months – probably until July or August.  (See photo below) Probably several thousand Russian vehicles in those columns will be irrecoverable losses.  Hundreds of Russian soldiers might have drowned.

This was not just a debacle, but an EPIC one. About 1/5th of the Russian force in Ukraine is now flooded or trapped, and are definitely out of the war for good.

Now to the moral dimension.  The 1242 Battle of the Neva, where the Teutonic Knights fought Alexander Nevsky, is one of the founding myths of Russia.

The Battle on the Ice, 1242 – Teutonic Knights vs. Alexander Nevsky

President Zelensky’s drowning of Putin’s minions in the Battle of the Kyiv reservoir may be as central to modern Ukraine’s founding national identity going forward, for similar reasons, possibly with Zelensky as modern Ukraine’s Alexander Nevsky.

Reddit and other Meme generating sites are going to have a glorious time redoing Stalin’s Alexander Nevsky movie by putting Zelensky’s face on the actor playing Nevsky.

The last five days have seen the Russian Army pushing into Ukraine  from the North, South and East with multiple failed helicopter & parachute drops around the cities of Kyiv and Odessa in the Southwest, plus three amphibious operations in the South that has left Mariupol all but surrounded.

The Russian Army started with only 3-4 Russian division-equivalents (roughly the size of the Israeli forces in Sinai in the 1967 Arab-Israel War) entering Ukraine, which is about the size of Texas with twice Texas’ population.  The Russians sent these units in five separate columns into Ukraine with the truck park sufficient to support three columns, a shortage of fuel trucks and very poor radio communications.
.

3-4 division equivalents are insufficient to even attempt to occupy the Ukraine unless the Ukrainian people themselves give up, and they haven’t.  The opposite in fact as there are about 150 battalion sized Ukrainian territorial militia being handed out weapons in addition to active & reserve Ukrainian ground forces.

The next three maps give a useful overview of the military events to date.

This thread is for the discussion of the on-going Russian invasion of Ukraine.

This top page will be updated through out the day.

New discussion thread posts will open as and when current ones gets too unwieldy.

The top story at the time of this post (Feb 23, 2022 9:45pm CST) is that Russian airborne forces have landed at the Kyiv international airport.  1204am CST — This report is disinformation. 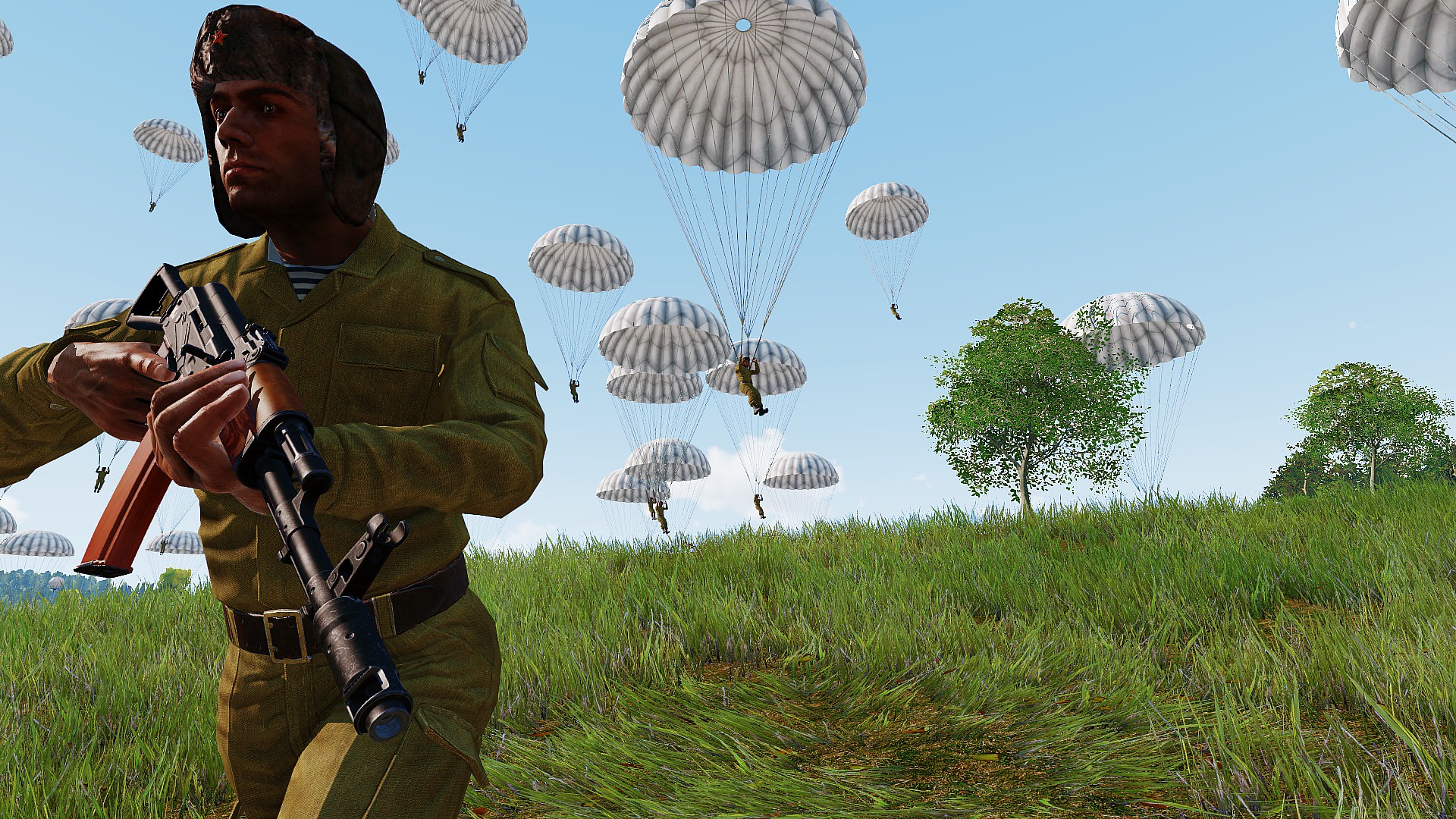 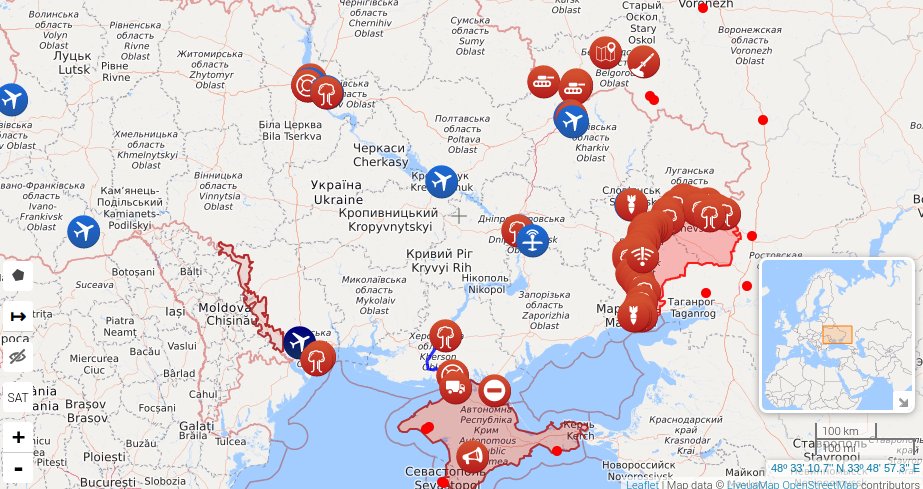 10:08pm CST – “There are reports that the entire Ukrainian Surface Navy has been neutralized in the Port of Odesa, this comes after reports of Amphibious Assaults on and near the coastal city.”

Map of Russian Advances as of 10:20an CST 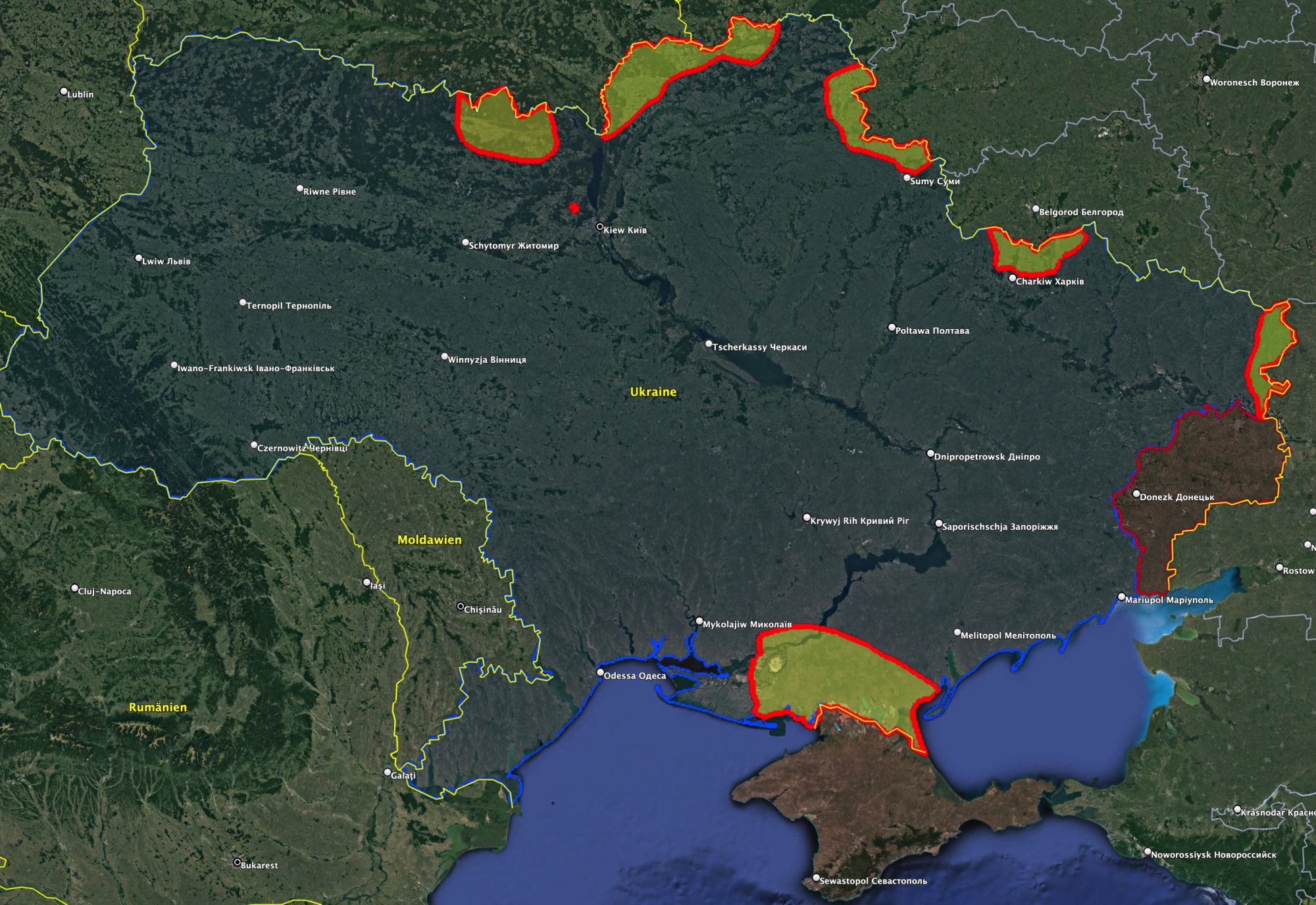 My new and absolutely Fearless Prediction — because I’m not on Facebook or Twitter — is that during the Putin Regime’s next invasion of Ukraine, it will use chemical weapons. 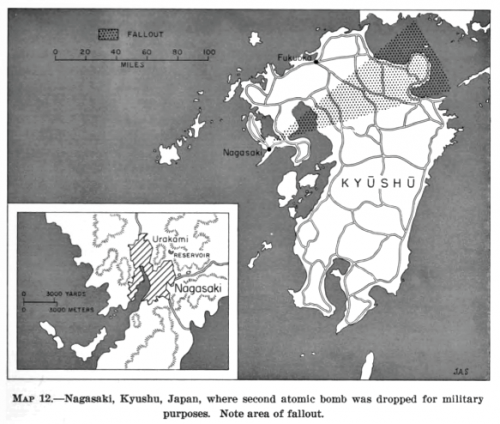