Last Friday I was the MC for our first Midwest Business and Markets Conference. It was a great day, and Zen went over it pretty well in this post.

The day before, Thursday the 6th, I had a few hours to kill so I worked out and walked all around the Union League Club of Chicago. The place is like a museum.

Of greatest interest to me was the library. 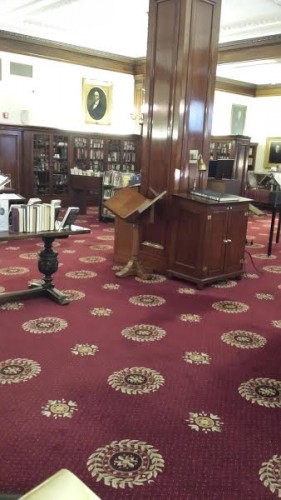 It is an old school room, where they are still using the Dewey Decimal System. It reminded me of days long gone, when I used to have to go to the library in my hometown of Rockford, IL or at school at U of I and use the Dewey system to find out where texts were that I needed.

The ULCC library isn’t that large, so I just strolled around looking at all of the books and magazines. They have a giant signed book collection of the people who have spoken there, as well as many rare volumes under plexiglass. There were a couple of old guys who were sleeping in the soft leather chairs. It was QUIET in there and the only audible sounds were guys pecking away at their keyboards and the turning of pages. 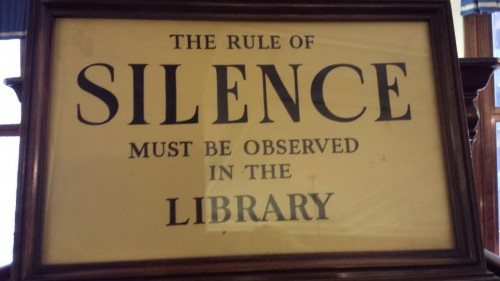 I sort of enjoyed this quiet, as my life doesn’t afford much quiet time with work and kids and wife and farm and all the rest.

After a while I grabbed an unusual volume (to me), and below you can see the title page: 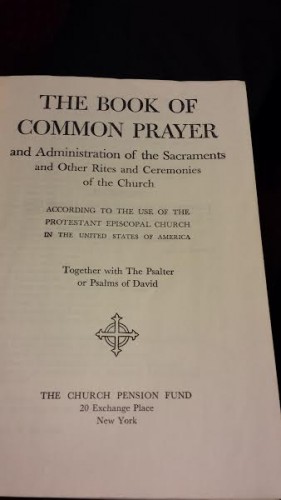 Basically, this offers a prayer (or a few) for every day of the year, including holidays and other special events. The book was printed in the thirties, and had a calendar for the prayers extrapolated out to 2013.

Some of the prayers were interesting to me, as I don’t really know squat about the Episcopalian religion. I also read a few Psalms. It brought back a few memories as when I was a child I was raised Baptist and we were forced to memorize many of the Psalms (in the King James Version).

The books in the library could be checked out by ULCC members and they used the old school cards in the front of the book, stamped with the date it needed to be returned. The prayer book had been checked out a total of once, in 1993. That may have been the last time it was touched, besides to be moved or cleaned.

Most importantly, when I opened the volume, a note fell out into my lap. 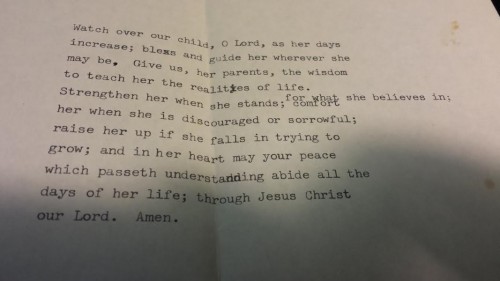 Watch over our child, O Lord, as her days increase; bless and guide her wherever she may be.
Give us, her parents, the wisdom to teach her the realities of life.
Strengthen her when she stands for what she believes in; comfort her when she is discouraged or sorrowful; raise her up if she falls in trying to grow; and in her heart may your peace which passeth understanding abide all the days of her life; through Jesus Christ our Lord. Amen.

After reading some of the prayers and Psalms, I carefully folded the letter, placed it back in the book and put the book back on the shelf.

16 thoughts on “Letter From The Past”