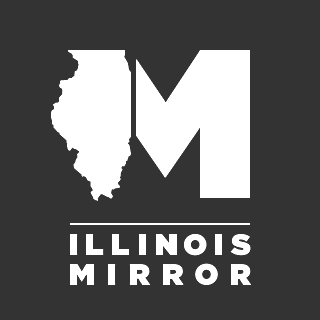 Here is his opening manifesto.

Illinois’ legacy, calcified media long ago abdicated its obligation to provide useful knowledge that engenders an informed public. I don’t really care if it’s out of disinterest, laziness, partisanship, or cozy relationships with those in power, but the establishment media outlets stand by and tap their keyboards while Illinois crumbles. So, if the air-brushed, teleprompter-fed local media won’t do its job, Illinois Mirror will.

We accept the responsibility that they abandoned. We’ll offer a perspectives that they ignore to reveal how Illinois government really works and its effects on the public.

And so far, so good. In fact: So far, so outstanding.

The Illinois Mirror today published the amazing results of its poll for the Governor’s race.

This is the first poll for this race.

Wow. We know Pat is awful, and we know the state is an ongoing train wreck. But still, for a purportedly Blue state, that is a surprising number.

Barring a disaster, we will elect a GOP governor who at least talks like a reformer and, fingers crossed, will actually be one.

The old timers in the GOP were against Rauner. And the teachers unions pushed their members to switch-hit and take GOP ballots to vote for Kirk Dillard, the main establishment GOP candidate. As a result, Dillard got within a couple of points of Rauner, confounding many polls which predicted a Rauner blowout.

In fact, the only poll that correctly showed the race would be close was the Illinois Mirror poll!

Question for the studio audience: Is there any chance this lopsided poll result will be a bellwether for the USA generally in November?

I sure hope so.

And keep your eye on the Illinois Mirror!