Over the years I’ve traveled to New York City many times but never the borough of Queens. In your head you have a mental picture of the NYC map as if Queens has a “hard” border but really it is just attached to Long Island which goes out to the East.

We met a friend in Queens and went to Bohemian Hall which is one of the best beer gardens in New York City. It is over 100 years old and was built by immigrants from Eastern Europe. We went straight outside since it was a beautiful day in 70 degree weather (one of the first nice days of the year in mid April) so I didn’t see the interior of the building. 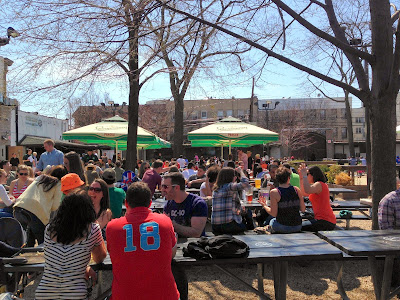 It opened at noon and soon was full of young and trendy new York types – not the downtown all-in-black types, but the borough crowd that was forced out by incredibly high costs and also those with young children. We saw a lot of strollers and kids running around, it sort of reminded me of Wicker Park over the last few years. 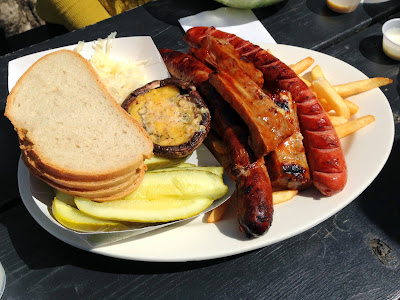 We had lunch and it was a great platter. They also served beer by the pitcher that wasn’t the usual Bud / Miller corn water. All around a great time and highly recommended. It was only a $2.50 train ride from Manhattan and the walk from the train stop was only a few blocks.

This is a video of the beer hall in action. Now I can say that I’ve been to Queens!

10 thoughts on “Bohemian Hall in Queens”