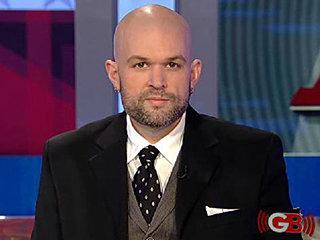 It is baffling that my progressive friends lament the influence of so-called big money on government while at the same time proposing to expand the very scope and scale of that government that makes influencing it such a good investment. Where government means constables, soldiers, judges, and precious little else, it is not much worth capturing. Where government means somebody whose permission must be sought before you can even begin to earn a living, when it determines the prices of products, the terms of competition, and the interest rates on your competitors’ financing, then it is worth capturing. That much is obvious. Progressives refuse to see the inherent corruption in the new ruling class — and, make no mistake, we now have a ruling class — because it is largely made up of them, their colleagues, and people who are socially and culturally like them and their colleagues.

Politics Pays: No society can long thrive by making its innovators subservient to its bureaucrats., by Kevin Williamson.

Williamson is always good. Be sure to check his posts daily.

There is a growing awareness in the air these days that there is a shared mentalité among our current elite, which makes them believe they are entitled to live off of government power, and at the direct and indirect expense of the productive citizenry, instead of through creative effort. However awareness of this attitude of unearned superiority is not yet common enough. A modern classic in the genre is Angelo Codevilla’s essay from 2010, America’s Ruling Class and the Perils of Revolution, which is worth reading, as is the book that grew out of it.

Williamson ends “Politics Pays” with this: “It is time to start calling this what it is and treating it as what it is: corruption.”

That is correct. And his subtitle is also correct. Making innovators subservient to bureaucrats is not long-term viable.

But, as we live through the decay of America 2.0, we can count on its institutions and incumbents doing everything in their power to thwart the rise of the new and emerging world.

Getting rid of this sort of government, an outdated and toxic relic, is the mission of our era. The scale and scope of its power need to be cut back to Constitutional limits. Otherwise, it is not only too expensive, and corrupt, it also incompetent.

Michael Barone makes this last point, about government incompetence in a review essay entitled Why government isn’t working and how to make it better. Barone cites to three new books for the proposition that “[g]overnment just doesn’t work very well.” The books are: (1) The Fourth Revolution: The Global Race to Reinvent the State

by John Micklethwait and Adrian Wooldridge, (2) Why Government Fails So Often: And How It Can Do Better

, by Peter Schuck, and (3) The Rule of Nobody: Saving America from Dead Laws and Broken Government

by Philip K. Howard. They all sound good, and I have started reading The Fourth Revolution. It is pretty good so far, though I see serious differences between the historical understanding of the authors and what Jim Bennett and I propose in America 3.0. Perhaps I will have more to say about it when I finish it.

Of course, the defects of modern government, and the massive changes on the way, are key themes of America 3.0: Rebooting American Prosperity in the 21st Century-Why America’s Greatest Days Are Yet to Come

We predict America will successfully overcome this epoch of corruption, blown budgets, ineptitude — and the smug, corrupt, spendthrift and incompetent class that benefits from and dominates public life in this transitional era. They won’t be missed.

Notably, Williamson is also long-term optimistic about America’s prospects, which further shows how smart he is.

Be sure to read his book The End Is Near and It’s Going to Be Awesome: How Going Broke Will Leave America Richer, Happier, and More Secure

. Williamson is one of the few, the happy few, who see that America is bigger and better than this vicious, venal and small-minded era we are living through.

America’s greatest days are yet to come, and they are going to be awesome.

2 thoughts on “Kevin D. Williamson: “Politics Pays: No society can long thrive by making its innovators subservient to its bureaucrats””