Tributosaurus is a Chicago cover band that has been around over a decade and has covered an astonishing range of songs and artists. When they cover a song they go to great pains to sound as close as possible to the original song – this usually involves multiple guitarists to do overdubs which are tracked in the studio, horns, strings, and an array of drummers, synthesizers and backup singers. Here is their web site and they are a lot of fun. I have seen them do XTC, Pink Floyd, the Rolling Stones, Dire Straits, and most recently the “One Hit Wonders of the ’80s” at Copernicus Hall at Jefferson Park in Chicago (it is a few blocks off the blue line stop; we took the train and walked). 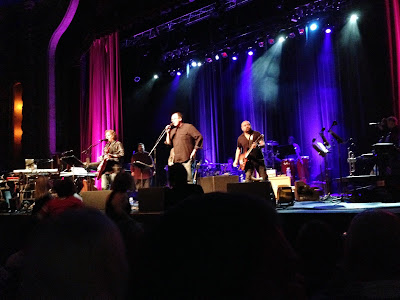 Here they are at the start of the show. Later they bring on the horns, the strings, more backup singers, and more of everything. It was a lot of fun – they played a lot of forgotten songs like “This Beat Goes On / Switching to Glide” by the Kings which got the whole place rocking (it was a huge hit in Chicago) and also Dexy’s Midnight Runners with real banjo players. 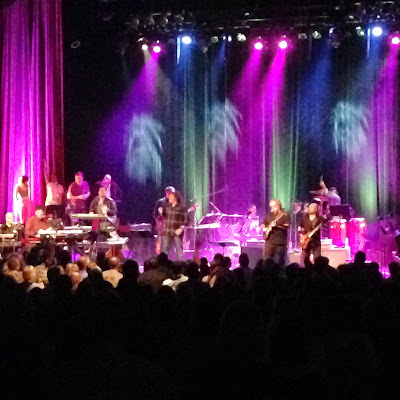 The show was great with a lot of fun energy. The crowd was up and dancing for most of the show. My significant other thought they needed more songs sung by female singers – they just did 99 Luft Balloons (she looked great in hot pants) and I Want Candy.

Highly recommend that you go out and see them when an artist you are interested in is being covered. You will definitely get your money’s worth!