We watched an episode of “Chicago Tonight” the PBS news program where they discussed the Ed Paschke Art Center, a museum highlighting the work of the vibrant visual artist Ed Paschke, a Chicago native who died in 2004. They also have other artists featured at the museum, and when we went it was photographer Steve Schapiro, who photographed Warhol, Reed and Bowie among many others. 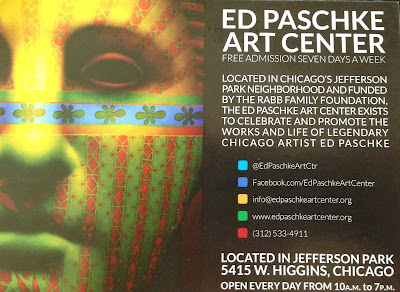 The museum is easy to reach – by car you can take the Kennedy and get off at Lawrence, and it is an easy walk from the blue line or the metra (if you take that line). Here is the outside of the building, which is painted in the style of his work. The museum is free (we made a donation) and the docent working there was friendly and interested if you had any questions. 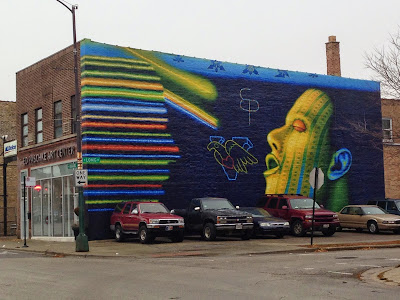 We talked to the museum employee and the building used to be a call center; they redesigned it to hang his big art canvas projects and set it up so that the light illuminated everything properly. Downstairs they had his paintings, and upstairs they re-created his studio, including the last painting that he was working on at the time of his death. 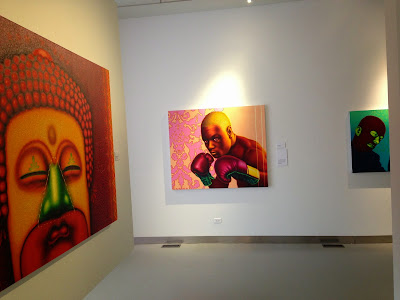 As a bonus they also were displaying the photographs of Steve Schapiro, who did iconic work with the Velvet Underground and David Bowie, among many others. 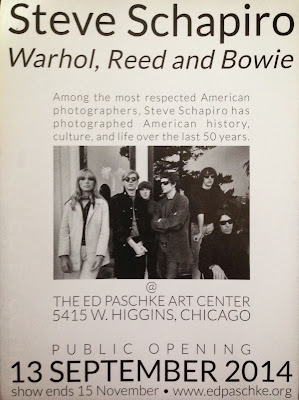 For me the highlight is the “Station to Station” David Bowie cover, since that is one of my favorite albums. But the most famous rock photos are probably of the Velvet Underground and Andy Warhol. 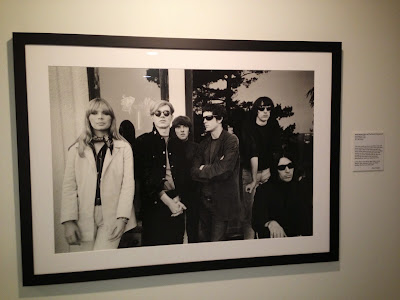 I highly recommend that you visit and check it out, especially because it is free. There is a lot going on in the neighborhood, and the Gale Street Inn is nearby with great ribs and beers on tap a couple blocks away. Stop by there for lunch or dinner and you won’t regret it.