There is a festival here in Chicago focused on movies about music which also has a bunch of bands playing as well.  It is our attempt to have a little “South by Southwest” action in the city of Chicago.  At least they have some nice weather this year – this weekend seems to be the start of spring and everyone is out side and on balconies and has a lot of positive energy.  Here is a shot from one of the movies on the cover of the Reader. 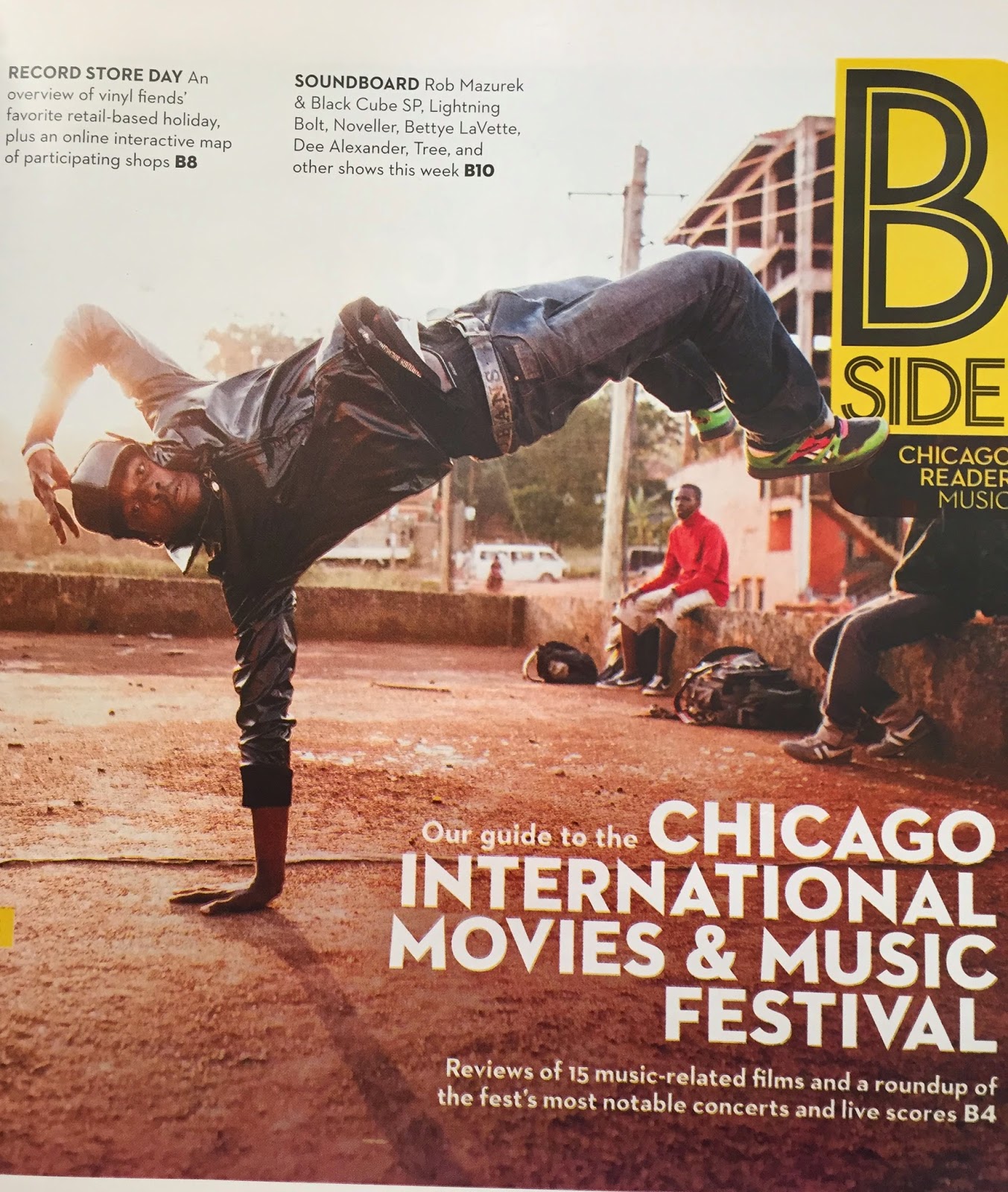 Unfortunately I can’t go to any of the events because I can’t stand in lines for too long and I can’t be jostled or have someone step on my foot and that’s what usually happens at a concert.  I will look for some of these movies out there on the internet though later or if they come to an art house movie theater or something.  Here is the site listing what is going on and an interview with the founder on Chicago Tonight (a great program) and below are some of the ones I’d go to see if I was able to do so.