For years I was proud to be the owner of a 1998 Altima which ran forever, never broke, and required no upkeep. I passed on the Altima (it is still going strong in our family) and eventually ended up with a 2011 Jetta that I purchased new. 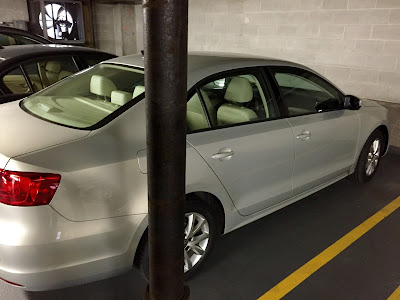 The $89 a month it takes to lease a Jetta at some U.S. dealerships is about as low as the price of using an iPhone on some mobile-phone plans. It’s also a sign of how Volkswagen AG is grasping to turn around its fortunes in the U.S.
The bargain deal — available after a down payment of about $2,500 on the $17,325 Jetta — runs over a three-year term.

I paid about $17,000 for my Jetta and it has been a great purchase. It is a roomy 4 door car with solid handling – one time I had to lock up the breaks at 65 mph when a lunatic decided to get off the highway from the left lane and exit – the car saved my bacon and stopped on a dime, straight and clear.

When I drive people around in the car they are astonished at how nice it is for the money; in most instances a car is a terrible investment and minimizing your initial purchase not only saves you direct costs it also saves you on taxes, service costs, and insurance. Recently I had a tire issue (Chicago has terrible potholes) and I just went and bought all four tires and had them installed for $550 including taxes. I have friends where it costs almost $1000 for EACH tire… much less all four.

There are many good reasons why you may have to invest a lot in a car; if you have to cart around a lot of kids, or need to transport a lot of equipment or materials in the bed of your truck. Most of the time, however, a car is a status symbol, and people pour money into their car because it seems cool or attracts attention. That logic is fiscally irresponsible and it is interesting to see how much cheaper this Jetta is against the competition when for almost all normal, functional commuting purposes, it functions identically to cars that cost 2-4x.