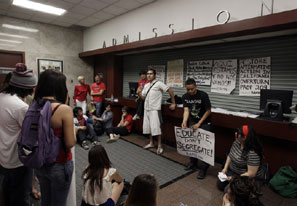 The subject of “white privilege” is very much in the news there days.

Administration officials at the John F. Kennedy School of Government at Harvard University have reached an agreement with student activists to force “mandatory power and privilege training” on incoming students during orientation.

The group, which calls itself “HKS Speaks Out,” will have a meeting this week with the dean of the Kennedy School, David T. Ellwood, to discuss the funding for the compulsory training and to “make sure this training is institutionalized” throughout the school, reports Campus Reform.

Who is this group behind the “white privilege” training session ? Well, they are disgruntled students.

The movement, called HKS Speaks Out, began in October after students expressed having “really negative classroom experiences,” according to Reetu D. Mody, a first year Master in Public Policy student and an organizer of the movement. She said the group has amassed about 300 student signatures, or about a fourth of the school’s student population, on a petition that calls for mandatory privilege and power training. 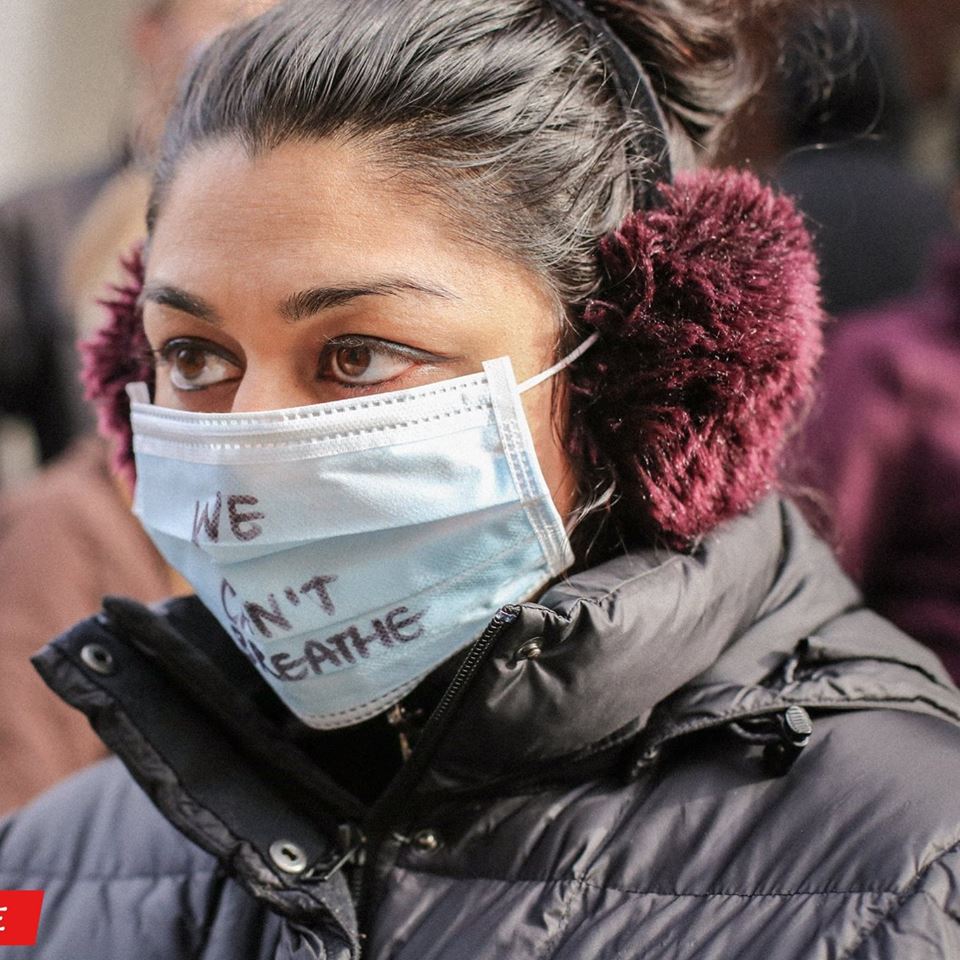 She can’t breathe. She is a Congressional staffer but I can’t find out whose staff. Democrat if not Bernie Sanders.

Steve Sailor is not impressed.

Harvard U. is full of people who clawed their way into Harvard, so it’s not surprising that they often can’t stand each other. Fortunately, 21st Century Harvard students have a vocabulary of whom to blame for any and all frustrations they feel. From the Harvard Crimson:

Something similar occurred at UCLA when a popular professor was attacked by graduate students he was trying to help.

In November 2013, two dozen graduate students at the University of California at Los Angeles marched into an education class and announced a protest against its “hostile and unsafe climate for Scholars of Color.” The students had been victimized, they claimed, by racial “microaggression”—the hottest concept on campuses today, used to call out racism otherwise invisible to the naked eye. UCLA’s response to the sit-in was a travesty of justice. The education school sacrificed the reputation of a beloved and respected professor in order to placate a group of ignorant students making a specious charge of racism.

School districts in Oregon are conducting this training to instruct teachers about their white privilege.

Oregon’s Gresham-Barlow school district spends $100,000 each year on a white-privilege conference that teaches its faculty that they’re racist and should therefore blame themselves for student misbehavior. The week-long “Coaching for Educational Equity” conference is mandatory for all administrators (and optional for teachers) in the Portland-area K–12 school district each year, according to the Education Action Group Foundation, a national non-partisan, non-profit education reform organization headquartered in Michigan.

Who is this “Education Action Group Foundation ? They seem to be a group making a good living telling white people they are racist. Amusingly enough, the Teachers’ Unions don’t like them.

They are even accused of being REPUBLICANS ! Eeek ! They do seem to be making the best of a good thing. Maybe they are Republicans.

Many white people in Oregon have no idea that our schools and state are immersed in white culture and are uncomfortable and harmful to our students of color, while also reinforcing the dominant nature of white culture in our white students and families.” and, more importantly;

The manual defines this “white culture” with a list of values, such as “promoting independence, self expression, personal choice, individual thinking and achievement,” because apparently those are strictly “white” concepts and not emphasized in black communities.

Another section suggests that academic and behavioral standards (presumably for minority students) should be adjusted, because the failure is in the expectation, not in the outcome.

For example, schools should be “examining their own beliefs and practices when students don’t meet standards,” the conference manual says.

My daughter, while a student at U of Arizona, had a class which used a “whiteness studies” textbook for the class. What is this all about ? An author and economist wrote an interesting book called “Bourgeois Virtues

” a few years ago. The New York Times didn’t like it very much.

Foremost among the many, many recipients of McCloskey’s abuse are those who (she thinks) misunderstand the nature of morality. How do we determine what is right and wrong? Modern moral philosophers have offered two sorts of answer. One focuses on consequences: according to the utilitarianism of Jeremy Bentham, for instance, the right action is the one that results in the greatest happiness for the greatest number. The other focuses on the acts themselves: for Immanuel Kant, the right action is the one that conforms to a certain idea of duty, regardless of consequences. (Thus, by Kant’s lights, it is always wrong to kill an innocent person on purpose, even to save the world.) McCloskey will have neither of these; each, she thinks, wants to reduce ethics to “a quick little formula, the pocket-sized card.”

We certainly wouldn’t want black people to adopt these virtues if we were the New York Times.

Her real interest is in applying virtue ethics to capitalism, and to capitalism’s distinctive product, the bourgeoisie. In “The Rhetoric of Economics,” McCloskey mocked bourgeois man as a ludicrous character, “at once master and servant, inclined therefore to hypocrisy and doubletalk, ’umble and yet pompous.” But she appears to have had a change of heart. McCloskey now sees the bourgeoisie as a noble class, the chief repository of the virtues instilled by commercial life.

And what are these “bourgeois virtues”? Thrift? Punctuality? Respectability? Cleanliness? McCloskey has nothing so dismal in mind. Rather, she is talking about the four classical pagan virtues — courage, justice, temperance and prudence — plus the three Christian virtues of faith, hope and love. Especially love.

Somehow, “Whiteness” and Bourgeois Virtues seem to be connected. Is this always true ?

Another book out this year has an alternative explanation. It is called On the Run, and the New York Times likes it.

She hung out with an older African-American food service worker at the university, and one thing led to another. Before long, she had moved into an apartment in a poor, largely black neighborhood in Philadelphia, her housemate a young man whose family lived down the block. Goffman became such a part of the fabric of the community that she was harassed by the police, witnessed someone getting pistol-whipped, was even set up on a blind date. And all the while she was furiously taking notes, trying to make sense of what at first glance appeared to be utter chaos going on around her.

She came to a conclusion. The pathology of the “black community” is the fault of the police !

The young men in this community feel hunted. Their mental energy is spent trying to elude the police, so much so that they impart words of advice to younger siblings, including this from a man Goffman calls Chuck, speaking to his 12-year-old brother: “You hear them coming, that’s it, you gone. Period. ’Cause whoever they looking for, even if it’s not you, nine times out of 10 they’ll probably book you.” Chuck’s warnings, it becomes clear, have merit. In fact, Chuck’s brother receives three years’ probation when he’s given a ride to school in what turns out to be a stolen car. Many of the men Goffman encounters have recently been released from prison and are on parole. And as she points out, our parole and probation system is set up for people to fail.

Actually, there are a few stories about law abiding people in the book, I understand, but they are not the theme. The author has swallowed “Whiteness Studies” whole. We are the problem and blacks must be accommodated even if they cannot follow the law or the rules of economics or ethics. Oddly enough, even though I live in “all white” Orange County, the most conservative city in California, I have black neighbors. There are at least two black families on my street of about 30 houses. Why would they immerse themselves in this “racist” enclave ? One of the coaches of my grandson’s Little League team is black. A couple of players are, as well.

Maybe they have just adopted Bourgeois Virtues. They look pretty happy and wave as I drive by.

I finally found an excellent review of On the Run that I had been looking for and couldn’t find.

Goffman’s own material demolishes this thesis. On the Run documents a world of predation and law-of-the-jungle mores, riven with violence and betrayal. Far from being the hapless victims of random “legal entanglements”—Goffman’s euphemism for the foreseeable consequences of lawless behavior—her subjects create their own predicaments through deliberate involvement in crime.

In 2002, when Goffman began her acquaintance with Sixth Street, the half-brothers Chuck, Reggie, and Tim were 18, 15, and nine, respectively. All had different fathers by the same crack-addict mother, Miss Linda. Their Section 8–subsidized house reeked of vomit, alcohol, and urine; roaches and ants crawled over the inhabitants as well as the furniture; cat feces covered a kitchen corner. Chuck’s and Reggie’s arrest records had begun in their early teens; Tim would graduate from middle school to the juvenile courts when he turned 12. Fatherlessness is a virtually universal condition among the young men in Goffman’s tale, but gradations exist within it. Chuck’s father came around during his early years, which helps explain, says Chuck, “why [Chuck] knew right from wrong and his young brothers did not”—a poignant acknowledgment of the role of fathers in raising sons, even if its premise (that Chuck knows right from wrong) is questionable.

That article is particularly good.