Nicolas Maduro threatened Venezuelans before the recent elections. Asked how he would respond to an opposition victory in Parliament, he responded,

“Venezuela would go through the most shady and poignant times of its political history, and we would defend the revolution, we wouldn’t surrender and the revolution would move into a new stage. Whoever has ears to hear, let them understand. Whoever has eyes to see, let them see the history clearly. The revolution will never surrender.”
…
“You should start praying, oligarch from the right, because the revolution will win on Dec 6th. Start Praying from now. For peace and tranquility, so you have no responsibility. And if not, we will take to the streets, and in the streets we are very dangerous, ok? It’s better if we stay here governing for the people. Everybody happy.”

The first thing that strikes me about all this is how much his rhetoric, albeit a little more plainly stated, resembles the rhetoric and riots of the American left. Give us what we want or there will be violence.

As background, from Wiki:

On 14 April 2013, Maduro was elected President of Venezuela, narrowly defeating opposition candidate Henrique Capriles with just 1.5% of the vote separating the two candidates. Capriles immediately demanded a recount, refusing to recognize the outcome as valid. Maduro was later formally inaugurated as President on 19 April, after the election commission had promised a full audit of the election results. On 24 October 2013, he announced the creation of a new agency, the Vice Ministry of Supreme Happiness, to coordinate all the social programmes.
.
Rule by decree 19 November 2013 through 19 November 2014
In October 2013, Maduro requested an enabling law to rule by decree in order to fight corruption and to also fight what he called an “economic war”.
.
Rule by decree 15 March 2015 through 31 December 2015
On 10 March 2015, Maduro asked to rule by decree for a second time following the sanctioning of seven Venezuelan officials by the United States, requesting the Enabling Law to be used to “confront” what Maduro called “the aggression of the most powerful country in the world, the United States”.
.
In 2014, a series of protests, political demonstrations, and civil insurrection began in Venezuela due to the country’s high levels of violence, inflation, and chronic shortages of basic goods attributed to economic policies such as strict price controls. Maduro’s government saw the protests as an undemocratic coup d’etat attempt orchestrated by “fascist opposition leaders and the United States”.

And this from The Independent Sentinel:

The United Social Party of Venezuela (PSUV) lost the latest congressional elections by a substantial margin. The opposition won 112 of 167 congressional seats to gain a two-thirds supermajority but it’s only the first battle. The war has just begun.
.
Maybe the people want to have toilet paper, diapers and beer again after 16 years of Socialist rule and ruination.
.
The opposition will be able to pass laws, release political prisoners, and reverse appointments to senior legal positions made by the current government, the bbc reported. They could call for a new election as early as next April.
.
There was a 74.3%, voter participation rate and it’s obvious a large portion of the population has had enough. The Socialists still control many municipalities, however. This comes two weeks after Argentina voted out the Socialist president.
.
Socialism has driven Venezuela into nightmarish poverty and with the help of people like Barack Obama, Hillary Clinton, Bernie Sanders, George Soros, we can have their system imported here.
.
Their inflation rate is over 100%. The healthcare system is crumbling, drugs are scarce for the most serious illnesses and diseases exposing tens of thousands to disease. The people are using animal medications.
.
The value of their currency has plunged and store shelves are stripped bare. Their command and control financial system has led to severe shortages of all basics. That’s Socialism’s legacy.
.
Hungry people stampeded supermarkets with some regularity and they have to be guarded by police. Tampons are so scarce, one package eats up a third of Venezuelan’s salaries. The government sets the “fair” prices. The cost went from 15 cents for a package to three dollars which is a lot on a Venezuelans paltry salary. Other personal hygiene products are priced out about the same by the government.
.
All companies in Venezuela are governed by onerous foreign exchange and price controls. No company manages or keeps their own assets. Oil used to pour the ground but now the socialists are in charge. They have gone from an oil-rich, average income country into a wasteland not even as productive as Ethiopia. The Socialists did it in only 16 years.

John Stossel, “…Leftists all over say this is gonna work. The Guardian newspaper, a leftist newspaper in Britain, “No one can explain why a rich country has no food.”
PanAm Post editor Fergus Hodgson, “No can explain it? That’s a crazy statement. There are economists all over the place explaining it!” 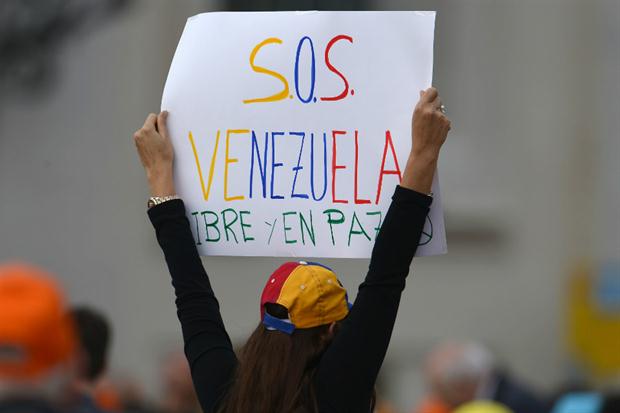 This is why history and economics are not taught in American secondary schools.