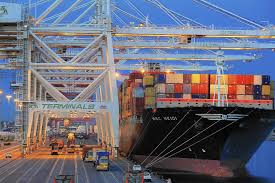 California has now decided to impose a a $15 per hour minimum wage on its remaining business economy.

Denial of consequences is an important part of left wing philosophy.

“California’s proposal would be the highest minimum wage we have seen in the United States, and because of California’s sheer size, it would cover the largest number of workers,” said Ken Jacobs, chairman of the UC Berkeley center. “This is a very big deal for low-wage workers in California, for their families and for their children.”

Implicit in all the assumptions is the belief that employers will not adjust by reducing the number of minimum wage employees they have.

The UC Berkeley estimate also includes some who earn slightly more than the lowest wage and stand to benefit from a ripple effect as businesses dole out raises to try to maintain a pay scale based on experience, Jacobs said.

If Brown’s plan passes, 5.6 million low-wage workers would earn $20 billion more in wages by 2023, according to the UC Berkeley analysis. It assumed no net jobs would be lost as businesses look to trim costs.

The experience in other places has not been positive.

Even a former chairman of President Obama’s Council of Economic Advisers, Alan Krueger, has cautioned recently that “a $15-an-hour national minimum wage would put us in uncharted waters, and risk undesirable and unintended consequences.”

Krueger is the economist whose “study” of the effect of minimum wage increases in fast food industry has been debunked as invalid.

But Card and Krueger’s conclusion is that there’s no effect, not that increases in the minimum wage increase employment as a general rule. “We believe that this research provides fairly compelling evidence that minimum-wage increases have no systematic effect on employment,” they write in their 1995 book, “Myth and Measurement: The New Economics of the Minimum Wage.” They also write, “On average, however, our findings suggest that employment remains unchanged, or sometimes rises slightly, as a result of increases in the minimum wage.” It would be fair for Hanauer to cite the individual studies showing an increase in employment, but to characterize Krueger and Card’s work on a whole as showing an increase in employment resulting from a minimum wage increase is inaccurate.

Second, the studies that focus on the least-skilled groups provide relatively overwhelming evidence of stronger disemployment effects for these groups.

Now, we come to the larger issue the entire “Blue Model” of employment and politics.

The teachers’ unions won a temporary victory to force non-members to pay “agency fees” involuntarily, a decision that resulted from the death of Antonin Scalia last month.

With agency fees – and the structure of union dues – remaining intact, union leaders hailed the court’s affirmation but warned there could be further challenges ahead.

The union case is among a handful of key disputes in which Scalia’s vote was expected to tip the balance toward a result that favored conservatives.

Some non-union teachers in California sued over the fair share fees, claiming that the fees are unconstitutional and violate their freedom of speech and association.

That decision will probably stand until a new Justice is confirmed and a Hillary Clinton presidency would keep the matter going. What about the rest of the world ?

But in the larger context the public unions greatest enemy isn’t the ghost of Antonin Scalia but the onslaught of technology. Recently, the mighty International Longshore and Warehouse Union (ILWU) was forced to let giant robots handle cargo in the port of Los Angeles. “At one of the busiest shipping terminals in the U.S., more than two dozen giant red robots wheeled cargo containers along the docks on a recent morning, handing the boxes off to another set of androids gliding along long rows of stacked containers before smoothly setting the boxes down in precise spots,” wrote the Wall Street Journal. “‘We have to do it for productivity purposes, to stay relevant and to be able to service these large ships,’ said Peter Stone, a member of TraPac’s board.”

About ten years ago the Longshoreman’s union struck the port of Los Angeles to try to keep out GPS devices to locate containers.

Traditionally, clerks had climbed around containers to identify them and mark their location. Like Luddites in the 18th century, they attempted to keep their 80 jobs by paralyzing the worlds busiest port.

The union says that over 51 permanent positions have been lost to outsourcing in recent years — a claim that the Harbor Employers refutes. According to the Harbor Employers, those 51 individuals either “retired with full benefits, quit, or passed away during the past three years.”

It is unclear when the strike will end but the Port of LA is urging both sides to come to an agreement promptly for the sake of international commerce.

But the union says the workers are standing up to some of the world’s largest shipping lines to protect the future of American jobs in the industry. “We just reached the point where somebody had to stand-up and draw the line against outsourcing, because these companies will eventually take all the good jobs,”said Fageaux.

According to its website, the Port of Los Angles is responsible for 1.2 million jobs in California and 3.6 million jobs across the country.

No matter. Those 51 jobs were important !

In the end, even those advantages proved insufficient to stop automation. There will be pressure to deploy more robots. The “TraPac site is one of only four cargo terminals in the U.S. using the technology. That is fewer automated terminals than there are at the Port of Rotterdam in the Netherlands alone.” The ILWU is fighting a rearguard action; its members are training on automated terminals “to ensure there’s a future for the workers”. And probably to keep alive the possibility of paralyzing the docks via strike by console operators.

None of this can disguise the fact is that the glory days of union crane jobs are over. The CEO of Carl’s Jr, a hamburger chain, predicts that fast food restaurants of the near-future will have no human employees. A special report in the New York Times says “the robots are coming to Wall Street.”

Within a decade … between a third and a half of the current employees in finance will lose their jobs to … automation software.

Already, CAT scans are read by radiologists in India. Radiologists who have no local credentialing and who are unknown. All X-rays now are digital and can be transmitted across the world.

For the poor the citizenship deal is votes in exchange for welfare or sinecures. For the financially better off it is campaign contributions in exchange for crony capitalist opportunities. The Friedrichs vs California Teachers Association is an example of the latter, with the Supreme Court unable to reject a transaction that is ultimately unsustainable.

Technology may have changed the debate around closed union shops, quotas, identity politics and mandatory minimum wages from one of ideology to economics. What’s the use of ideological policies, if they’re can’t deliver the goods? If the public employee’s unions can do no better at protecting their fiefdom than the ILWU, if immigrants from Mexico can find no employment because robots are doing all the work then what will the politicians promise?

Yes. What can they promise ?

27 thoughts on “Unions and Robots.”