MoviePass is a service that has gained a lot of new users lately – it allows you to see unlimited movies (only one a day) each month for $9.95, which is essentially the price of a single ticket. How it works is that they give you a Mastercard that is connected to your mobile phone – when you get to the theater, you connect with them at that time and they authorize the card specifically for the amount needed to pay for the movie and then you pay and go inside. The process is set up so that theaters can’t deny MoviePass at the box office because it is basically just another Mastercard and the only way to disable it would be to disable accept MasterCard, which is impractical or likely impossible for a host of reasons. The movie theaters receive the full price of the ticket through MoviePass, even if it is more than the $9.95 subscription fee (movies can cost almost $20 in Manhattan, for instance). In the short term, this is a “boon” for movie theaters because Wall Street investors are subsidizing their full price tickets. 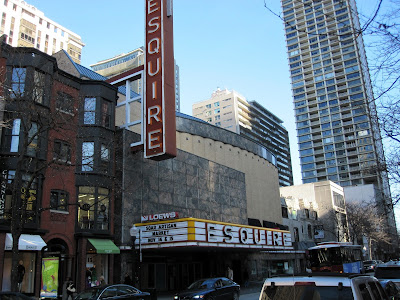 Here is a NYT article on the growth of MoviePass. Per the article, they are adding 1 million subscribers a month. The ostensible play (what they say) is that they plan to “break even” on the cost of the service (if you see roughly one movie / month) but then they will make their money on using data from customers in an aggregated fashion to sell to the movie studios for marketing and targeting. They believe that this data and targeting consumers can add 5-7% to the box office gross. Note that the guy who helped found MoviePass was an executive at Netflix and RedBox named Mitch Lowe and he is very sophisticated financially and connected so he is a serious rival to the movie industry in general.

In today’s economy, companies like MoviePass are (apparently) able to raise funding for business models like this that run accounting losses and burn cash now, under the promise that they are going to make money later. For years Facebook ran cash and operating losses and now is one of the most profitable companies in the world (and they haven’t even monetized key parts like Messenger yet). Uber today still burns prodigious amounts of cash but has obviously captured critical mass in terms of usage and position in the marketplace (likely just needs to change the model to become profitable).


What is the real play for MoviePass? In the short term theaters will receive a burst of revenue (and concessions) from full ticket priced payments basically subsidized by the capital markets through MoviePass. Regardless of what MoviePass “says” about using this data for marketing, the true existential risk(s) that theaters see is that:


1. Theaters offer an “undifferentiated service”. While a ratty old theater can drive folks away, most modern theaters allow you to select your own seat, have a nice comfy chair, and have upgraded concessions. That is the “price of entry” nowadays

2. Theaters don’t control content. Other than the occasional art theater, theaters just show movies from the major studios and are a pass through of whatever content they deliver

3. Theaters have a problem with capacity optimization. Theaters are mostly empty during the day and leave seats available at night, and since customers don’t have a relationship with the theater (because they are undifferentiated), the chains don’t connect enough to do real-time pricing or other tactics to “fix” this and even out their business

4. Theaters face a challenge in that the “home experience” is rapidly approaching the quality of going to the theater, and in some cases may be better (you don’t have to watch commercials at home, for instance)

5. Theaters rely heavily on concessions to survive, which isn’t a problem per se but it drives strange behavior from both customers (you can’t bring in your own food) and the theater (weird pricing where you can’t really buy a small they drive you to a giant tub of popcorn)

6. It is a big ask for younger people to turn off their phone for 2 hours. Maybe in the future theaters will just give up and expect people to be on their mobile devices, I don’t know. Or if you have a tool like MoviePass where you aren’t as connected to the particular cost (because you pay by subscription) the fact that you can just “walk out” and it costs you nothing might make millenials more inclined to go


In summary, theaters are in a weak position like all undifferentiated retail. They have high fixed costs and no direct relationship with their customers that is substantial. If a company like MoviePass can galvanize the theater’s customers and work with the customers directly, theater owners rightly fear that MoviePass in turn could demand huge discounts for their customer base, and in turn extract the value out of the business and the theater chains would be left with the capacity and operating costs and not the key customer relationships which drive revenues.


If this occurred, it would probably lead to a rationalization of the movie industry in a variety of ways. The chains would need to live on a very small margin which would shake out the business and reduce capacity. In turn, a company like MoviePass could aggregate demand and offer differentiated pricing to encourage customers to attend during off times, or just shut down the offtimes which could allow the theater to reduce staff accordingly. They could also offer advanced technology to make purchases of concessions to be seamless and pre-ordered and even tailored to the impending customers.


This is all speculation. Maybe MoviePass just runs out of cash or investors balk. But the movie theater chains are in a difficult position with high fixed costs and little control of their movies and an indifferent relationship with their customers. MoviePass won’t be the last attacker in this space, just like how Napster may have died but ultimately they provided the impetus to change the music industry forever.