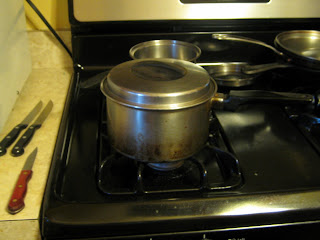 At various points on this blog I have pointed out the gap between “wants” vs. “needs”. Since I live in River North there is a huge array of cooking and kitchen stores nearby, with an unimaginable line up of gadgets, tiles, and equipment.

At the complete other end of the spectrum, I was recently at my parent’s house when I noted this pot on the stove. This is the same pot that all of my meals were cooked from growing up, and it is going strong today! In fact, I wasn’t the oldest in my family, so it turns out that this pot is over FIFTY years old!

There was no reason to get rid of this pot, nor of any of the others in the set, so they just kept soldiering on, year after year. While not pretty nor trendy, the pots were FUNCTIONAL and frankly indestructible.

It is interesting to think of how much of our economy is spent on functionally unnecessary items. This photo, below… shows the “wants” side of the equation. I don’t even know how to explain it, seems to be some sort of furniture mosaic of likely high cost (if you have to ask, you probably can’t afford it). 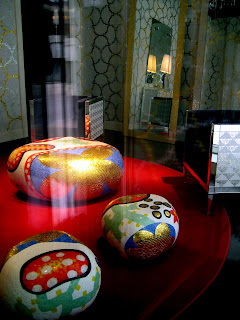 Our wants have become unhinged from our needs to an extreme extent. At least in my little neighborhood…