Today, February 6, 2011 marks the centennial of the birth of Ronald Reagan, 40th President of the United States and by most historical opinions a transformational figure in American history. The number of truly transformational presidents can be counted on one hand; Jefferson, Jackson, Lincoln, FDR, and Reagan. These men all practiced reconstructive and transformational politics that lead the country away from stagnant and ineffective leadership. One can quibble over the politics of the men, but the fact that they were leaders as opposed to the status-quo, and sent the country on a different path to the future is a testament to their vision and leadership style.

I often tell my American History 1945-to-the Present, students that as opposed to using secondary sources to study a subject; as one would when looking back into the decades preceding World War II, that I stand before them as a primary source, since I have first-hand experienced much of the history we would be studying. This is the case with Ronald Reagan.

My first introduction to Reagan was unrelated to politics as I would be allowed to watch the General Electric Theater, which Reagan hosted, on Sunday evenings whenever there was school holiday on Mondays. Later, in my teens, he was a familiar figure with a cowboy hat that hosted Death Valley Days. Reagan made no impact on me in those early years and it was not until November of 1968 that I was introduced to his leadership style. 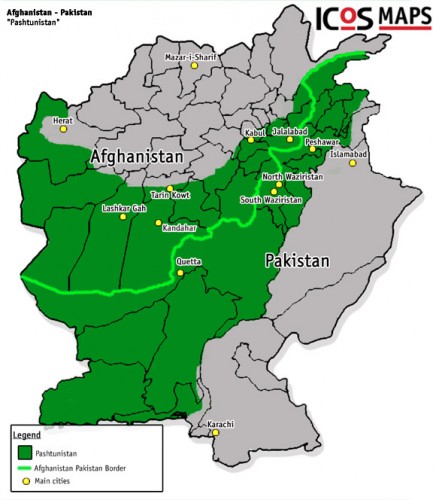 August 15, 2050 marked the 35th Anniversary of the fall of Kandahar when the fundamentalist Taliban reclaimed the city and began imposing Sharia Law across the southern half of what had been pre-2015 Afghanistan. The fall of Kandahar marked the end of a fourteen year effort by the United States and a coalition made up of NATO countries to prevent the return of the Taliban regime after the September 11, 2001 attack in New York. The war, by far the longest in U.S. history had claimed 3,149 American wars dead, and had cost over $900 billion in an attempt to keep the frayed and fractured country together while it tried to stop incursions by the Taliban, supported by militants and the Pakistani Intelligence Service with monetary support from wealthy oil rich Middle East families bent on spreading their brand of religion.
The separation, led to a buffer zone extending southwesterly from the Hindu Kush to the Iranian border. Pakistan saw their western tribal region begin to seethe in an attempt to break-away to join in a greater Pashtunistan. After fighting a short war to save face, Pakistan eventually saw this as a positive move, as Pashtunistan became a buffer state on its western border and a source for allies in the event of war with India.

The Anabasis of Cyrus could also be titled “The Long Retreat” because it best describes the result of a failed campaign. The army made up of mercenaries had been strategically defeated when Cyrus followed by their generals, were killed by the Persians. Their story evolved from being a trapped army, to one that mounted a successful fighting retreat north to the Black Sea, where finding themselves among Greek colonies they began to fracture and lose the cohesiveness that had been their hallmark up to that point. Xenophon’s speech at the confluence of the Tigris and Zapatas Rivers had been the catalyst that launched and sustained their march. Later, as they began to bicker, it was again Xenophon who would call on his Socratic reasoning to cement the fractures and sooth the wounded pride in a final effort to gain their homeland.

The theme of this story continues to reappear down through history when circumstance has found a sizable military force faced with the decision to surrender, or make a fighting retreat, against man and nature.

Earlier, the names of Epaminondas, Sherman and Patton were advanced to show how the rhythm of Xenophon’s Anabasis had resonated with these generals as they prepared, and led their armies in successful campaigns. There are other generals in history whose leadership and tasks more closely mirrored the march of the Ten Thousand. Men like Moore, Slim, Stillwell and Alessandri, are less known because their achievements have faded in the passage of time and still carry the faint stench of defeat.

Mark Twain wrote, “History doesn’t repeat itself, but it does rhyme.” The Anabasis of Cyrus is filled with events that have reappeared throughout history to form a rhythm that if not repeated, lends example and advice to other commanders faced with similar challenges.

Not much discussed in the forgoing posts, has been Xenophon’s speech to the assembled soldiers before setting out on their march to the sea. Reading the speech, one will note several themes that have a familiar ring to any student of American military history. This account of how Xenophon dressed for the occasion has a twin in the way one American General outfitted himself for battle.

“After this, as Xenophon stood up, having equipped himself for war as nobly as he could, for he believed that if the gods should grant victory, the noblest of adornment was fitting for being victorious, but if there should be the need for his life to come to an end, he believed it was right that considering himself worthy of the most noble thing, he meet his end in these noble arms.”

Reading this passage brings to mind General George S. Patton, who in the 1920’s, read and annotated his copy of Anabasis among his many other readings of ancient history. One can begin to understand Patton’s theatre and how he might have been influenced to create his noble image in the shadow of Xenophon.

[Jonathan adds: A larger version of this image is below the “Read the rest” link.]

The opening phase of this discussion of Greek soldier, historian Xenophon’s account of the expedition to unseat Artaxerxes King of Persia by his brother Cyrus, has touched on several important elements. First, most important to any great undertaking was logistics, aptly covered in the first post by Fringe. Next, Steven Pressfield introduced the route and how it influenced Alexander the Great, who used the Anabasis of Cyrus as a guidebook in his conquest of Persia decades later. Lexington Green then offered up an overview of the each chapter, laying out the story line in concise detail. Most recently, Joseph Fouche took pen to point out important distinctions between Xenophon’s writing style and that of Herodotus.

The book that most of us have chosen to base our discussion is the translation by Wayne Ambler. In the introduction, Eric Buzzetti writes, “The Anabasis has the makings of a great Hollywood movie.” This statement along should stimulate the most benign reader to pursue the book further. Inside, they will not be disappointed; the story unfolds like a travel log detailing distance traveled, people encountered, battles fought and the unfolding loose republican democracy that formed after the death of their generals at the hand of Artaxerxes. Then becomes what could be described as the one of the great epics combining battles with political intrigue and lessons in leadership.

Anyone who sets out to read this book would do well to prepare themselves by carefully reading the introduction. Then turn to the back and make one’s self familiar with the Historical notes and the Glossary where they will find not only a definition of terms, but an explanation of the scale of measurements which is elementary to follow the journey up country and the escape to safety.