Ebola has become an uncontrolled epidemic in Africa. I have previously posted on Ebola.

UPDATE: A new CDC report has now been provided on precautions. Somebody is worried. The document, itself, is here (pdf)

Now, we are going to send 3,000 military personnel to Africa to help. I sure hope none of these US people are infected. They did not volunteer for this and the training to protect themselves will take time.

Now the German epidemiology community has concluded that Liberia and Sierra Leone are lost.

Jonas Schmidt-Chanasit of the Bernhard Nocht Institute for Tropical Medicine in Hamburg told DW that he is losing hope, that Sierra Leone and Liberia will receive the neccessary aid in time. Those are two of the countries worst hit by the recent Ebola epidemic.

“The right time to get this epidemic under control in these countries has been missed,” he said. That time was May and June. “Now it will be much more difficult.”
Schmidt-Chanasit expects the virus will “become endemic” in this part of the world, if no massive assistence arrives.

With other words: It could more or less infect everybody and many people could die.

This, of course, is from a German site and our own CDC is unwilling to say it.

For Sierra Leone and Liberia, though, he thinks “it is very difficult to bring enough help there to get a grip on the epidemic.”

According to the virologist, the most important thing to do now is to prevent the virus from spreading to other countries, “and to help where it is still possible, in Nigeria and Senegal for example.”

Of course, it is already in Nigeria.

Now, we have more news. From 2012, we know transmission in animals may be airborne.

While primates develop systemic infection associated with immune dysregulation resulting in severe hemorrhagic fever, the EBOV infection in swine affects mainly respiratory tract, implicating a potential for airborne transmission of ZEBOV2, 6. Contact exposure is considered to be the most important route of infection with EBOV in primates7, although there are reports suggesting or suspecting aerosol transmission of EBOV from NHP to NHP8, 9, 10, or in humans based on epidemiological observations11. The present study was design to evaluate EBOV transmission from experimentally infected piglets to NHPs without direct contact.

The study of this potential explosive development showed:

The present study provides evidence that infected pigs can efficiently transmit ZEBOV to NHPs in conditions resembling farm setting. Our findings support the hypothesis that airborne transmission may contribute to ZEBOV spread, specifically from pigs to primates, and may need to be considered in assessing transmission from animals to humans in general.

Now we have more articles appearing about this.

The second possibility is one that virologists are loath to discuss openly but are definitely considering in private: that an Ebola virus could mutate to become transmissible through the air. You can now get Ebola only through direct contact with bodily fluids. But viruses like Ebola are notoriously sloppy in replicating, meaning the virus entering one person may be genetically different from the virus entering the next. The current Ebola virus’s hyper-evolution is unprecedented; there has been more human-to-human transmission in the past four months than most likely occurred in the last 500 to 1,000 years. Each new infection represents trillions of throws of the genetic dice.

If the New York Times is publishing this, somebody is worried. 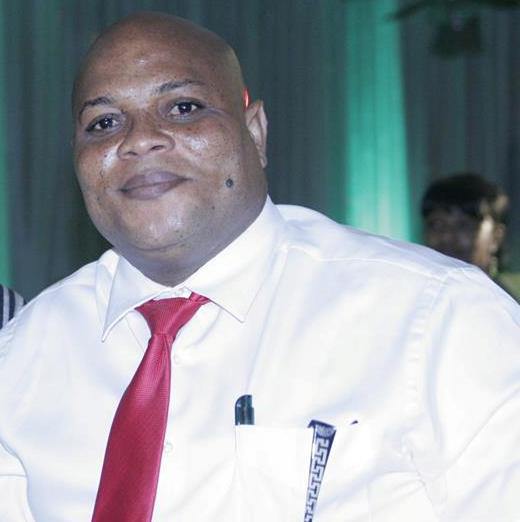 Celebrities like to portray it as a basket case, but they ignore very real progress.

The real Africa needs increased trade from the West more than it needs more aid handouts. A respected Ugandan journalist, Andrew Mwenda, made this point at a recent African conference despite the fact that the world’s most famous celebrity activist — Bono — was attempting to shout him down. Mwenda was suffering from too much reality for Bono’s taste: “What man or nation has ever become rich by holding out a begging bowl?” asked Mwenda.
.
Perhaps Bono was grouchy because his celebrity-laden “Red” campaign to promote Western brands to finance begging bowls for Africa has spent $100 million on marketing and generated sales of only $18 million, according to a recent report. But the fact remains that the West shows a lot more interest in begging bowls than in, say, letting African cotton growers compete fairly in Western markets (see the recent collapse of world trade talks).
.
Today, as I sip my Rwandan gourmet coffee and wear my Nigerian shirt here in New York, and as European men eat fresh Ghanaian pineapple for breakfast and bring Kenyan flowers home to their wives, I wonder what it will take for Western consumers to learn even more about the products of self-sufficient, hardworking, dignified Africans. Perhaps they should spend less time consuming Africa disaster stereotypes from television and Vanity Fair.

The excerpt came up (I brought it up) in this comments thread at Small Wars Journal.

Another commenter, Jason Thomas, made the following interesting comment in the same thread:

….A locally driven solution is so important. However, we have created a national government that reflects the deep seated nepotism and corruption endemic at the local level. But the local people dont feel like they are being led by example. How many local Afghas know who their national Member of Parliament is compared to their unelected Governor and District Governor. [sic]
.
Historian Arthur Schlesinger, Jr., astutely pointed out in his 1977 biography of Robert Kennedy, the notion that reforms can be carried out in a wartime situation by a beleaguered regime is “the fatal fallacy in the liberal theory of counterinsurgency, with the United States so often obliged to work through repressive local leadership, the reform component dwindled into ineffectual exhortation.”