This post was originally published at The Scholar’s Stage, 30 April 2013. 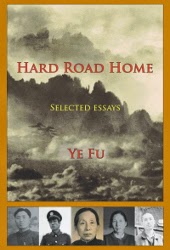 A great divide separates the worldviews of the average Chinese and American. The most profound description of this divide I have ever heard came from the mouth of a friend who has never been to America and who was neither a historian nor accustomed to deep political reflection or debate. She concluded that Americans lived in a different world than the one she and her countrymen knew on the strength of a single observation: “In America all of your most exciting movies are about the future. In China, our blockbusters are all about the past.“

Her mundane observation points neatly to a paradox of modern Chinese culture. The people of China are steeped in history. Places, figures, and sayings from most ancient times fill their cinemas and televisions, inspire their literature and music, and find their way into both their daily conversation and clever turns of phrase. One cannot study the Chinese language or befriend the people who speak it without realizing how proudly the Chinese people trace their identity some three thousand years into the past. It defines who they are and what they want their country to be. When China’s heavy laden allow themselves a hopeful glimpse into the future they see first the glories of the past.

Thus the dreadful irony: despite the high esteem which they hold for history and the strong affinity they feel with the triumphs and humiliations of their civilization, few Chinese feel any connection to–and in many cases, have no real knowledge of–their country’s more immediate past. As a society they honor the stories and glories of tradition, but have abandoned headlong the social order from which these stories sprang. This was not all intentional. Seven decades of war, famine, and revolution ripped Chinese civilization apart at its seams. The old order of family and clan, official and elite, emperor and loyal subject, is gone. The patterns which held Chinese civilization together for a millennium are acknowledged, but honored mostly as the creation of some mythical past whose connection to the present is more a matter of style than of substance. In between this golden past and frantic present lies a gaping hole. A swirl of confused details, loathsome slogans, and obscured calamities lies in this abyss, little talked about and, in the minds of many, best forgotten. The grim episodes of those days are but a dim image in a mirror, only tethered to the present with fading memories of tumult and terror.

I did not fully appreciate how deep a gash and great a gulf this separation from the past has torn in the Chinese mental landscape until I read a newly translated set of essays and meditations published under the name Hard Road Home.