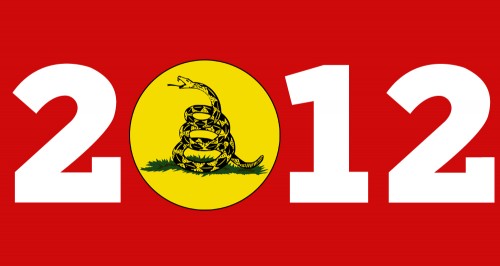 We have had some queries about this image.

Permission is hereby granted for anyone to use this Gadsden 2012 logo for any reason whatsoever including commercial use.

(Note that Liberty Jane had a lot of stuff for sale using this image. I got a bumper sticker and a t-shirt both of which I like very much.)

6 thoughts on “Hope and Change? Meet the snake!”