The Burrowing Owl looks wise. This one decided to live next to a baseball field in a public park. Maybe that’s a good place to catch insects at night. OTOH, the park people had to put a fence around the burrow to protect the wise owl from lawn mowers and other hazards of nature. Is the owl clever because it got the humans to work for it or is it a bird brain? You decide.

One good thing about the owl’s decision to live next to a ball field is that it is really easy to photograph the owl if you come by at, say, noon and the owl is dumb or wise enough, depending on how you look at it, to stand around near the entrance to its burrow and stare up at you. Is it smiling or frowning? Who the hell knows. But we can have a clear conscience because by publicizing its plight we help raise awareness about the baseball menace to the world’s owl population. 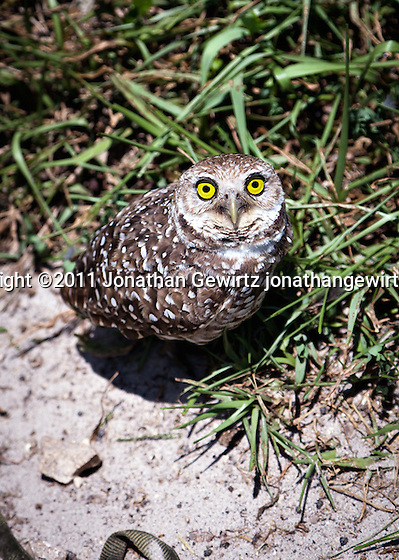