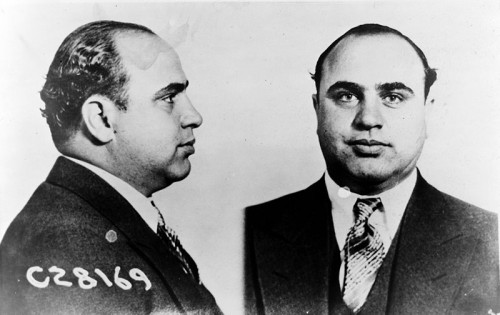 I tell you, I had to pick myself up off the floor when I read this bit of news. Not.

Federal prosecutors secured a total of 1,531 public corruption convictions in the Northern District of Illinois since 1976, said Dick Simpson, head of the university’s political science department.

Meanwhile, Illinois logged 1,828 public corruption convictions, the third most of any state, according to the report. Only California and New York had more.

But those states are much larger than Illinois. On a per-person basis, only the District of Columbia and Louisiana had more convictions than Illinois, according to the report.

Four governors, two congressmen, a state treasurer, an attorney general, 11 state legislators, numerous judges and dozens of aldermen have been convicted since the 1970s, according to the report, dubbed Chicago and Illinois, Leading the Pack in Corruption.

“For a long time — going back at least to the Al Capone era — Chicago and Illinois have been known for high levels of public corruption, Simpson said. “But now we have the statistics that confirm their dishonorable and notorious reputations. . . . . The two worst crime zones in Illinois are the Governor’s Mansion in Springfield and the City Council Chambers in Chicago.”

“Chicago is the most corrupt city in the country, and Illinois is probably the third-most corrupt state in the nation,” Simpson said at a City Hall news conference.

I never really came from a background where hush money or protection had to be paid. I wonder if you still have to pay people to “protect” your business “in case something happens” in Chicago.

If so, it is a disgrace. The corruption is a disgrace anyways. I wonder when (if) the people of the State of Illinois and the City of Chicago will ever get sick of it.

11 thoughts on “Chicago Leads the Nation in Corruption”