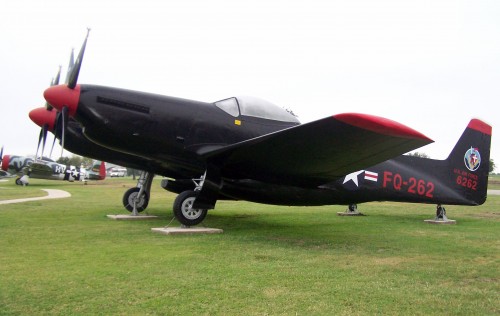 A ‘Twin Mustang’ on static display at Lackland AFB. There is quite a comprehensive collection of historic aircraft lined up along all four sides of the parade grounds, where the graduation parade is held every Friday morning,  for enlisted recruits who have completed basic military training.