The night of October 20-21, 2012 was a good time to see Orionid meteors, which are bits of Halley’s Comet that hit the Earth’s atmosphere every October and appear to originate from the constellation Orion. With Jay Manifold’s expert advice and a star map that he emailed to me, I drove to the darkest convenient place and spent a few hours taking pictures.

If you spend most of your time near big cities it’s a treat to be where you can really see the stars. It’s even better if you can be there for long enough to watch the constellations move across the sky over the course of a night.

Photographing a starry sky and meteors is easy with a late-model DSLR. There is good advice on how to do this all over the Net, for example here. For most of the images below I used a 35mm lens and got decent results at f/1.8 and 15 seconds @ ISO 1600. Any longer than that and there was too much blurring of the stars, though for photos that aren’t going to be displayed big you can probably get away with considerably longer exposure. (Other things equal, shorter lenses allow longer exposure without blur. Something like a 24/1.4 would be ideal.) The latest DSLRs give acceptable noise up to ISO 6400 or higher, and would allow you to stop down to f/4 where most lenses give sharper results than at wider apertures.

The quick-and-dirty technique is to put your camera on a tripod and point it at the area where the meteors are, and then to make as many 15- (or whatever) second exposures as you can, and later to discard the images in which no meteor trails appear. This will be most of the images, but you should get a few keepers. You could automate this process with an intervalometer. (Note that your camera may run a dark-frame-subtraction routine after every long exposure, to reduce noise. This routine will consume as much time as the exposure that preceded it, e.g., a 15-second exposure will tie up the camera for 30 seconds. As when taking lightning photos it’s probably best to deactivate this noise reduction function, assuming that you can live with the extra noise at whatever ISO you use. Try it and see.)

Alternative techniques are to take very long (30+ minute) exposures to capture star trails against which meteors appear as short perpendicular streaks, or to use an equatorial camera mount to track the Earth’s rotation and make long exposures at maximum quality without streaking or blurring, ideally using a telephoto lens to capture great detail. That’s a setup used by people who make the fantastic high-magnification images of cosmic objects that one sees on NASA’s and other serious astrophotography sites. You can probably learn everything that you need to know about such techniques by doing web searches. I prefer the quick-and-dirty short-exposure technique, because it provides a good view of the sky without streaks and allows you to include ground features that make your photos more interesting.

Here are a few of my meteor images from last October:

The first image below shows the initial meteor trail. The next three images down, which were taken at 30-second intervals, show the lingering trail of, I assume, ionized particles that was visible for quite some time after the meteor’s passage. These are all ~15-second exposures. 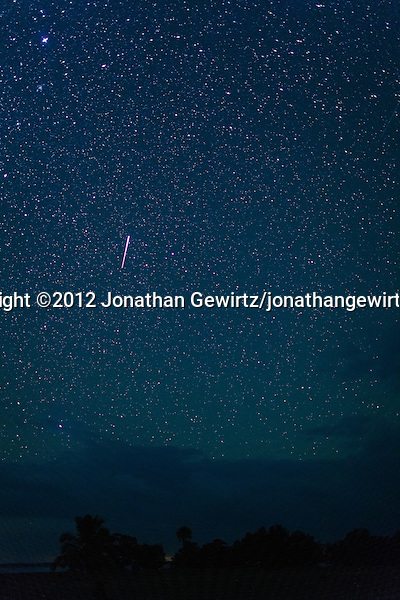 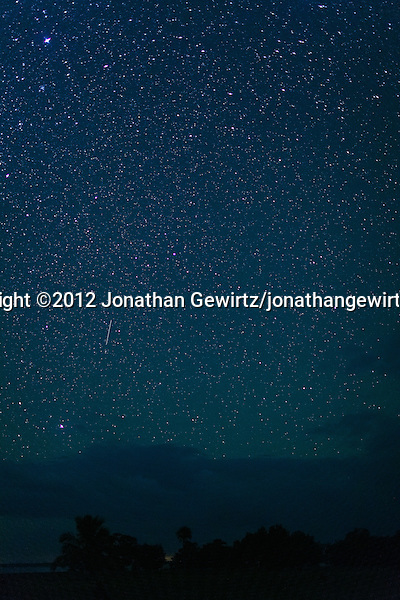 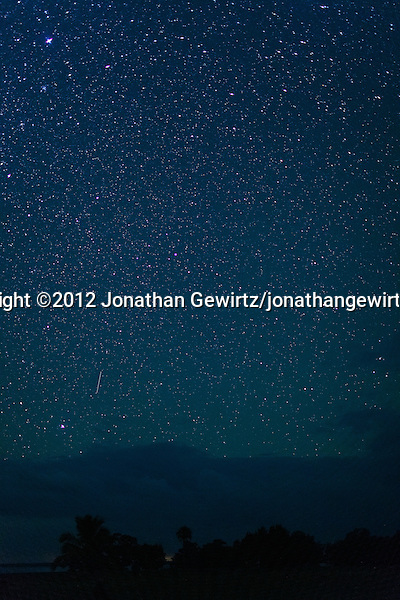 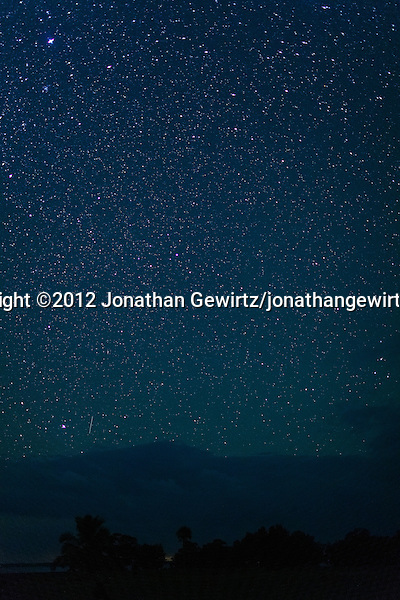 A meteor trail, left, and aircraft trail, right. There are additional faint meteor trails visible in the full-sized version of this image. ~15-second exposure. 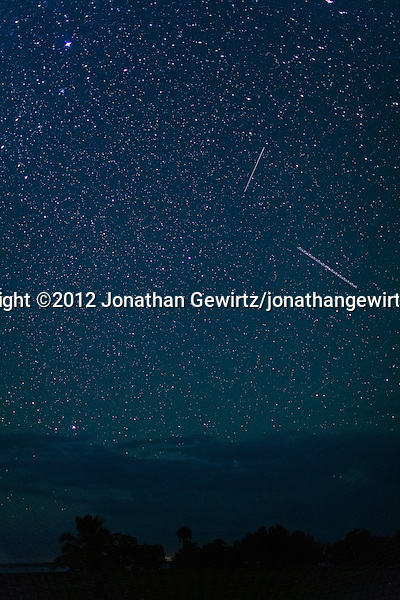 A 50-minute exposure, looking roughly south. A meteor trail is visible in the lower center of the image. 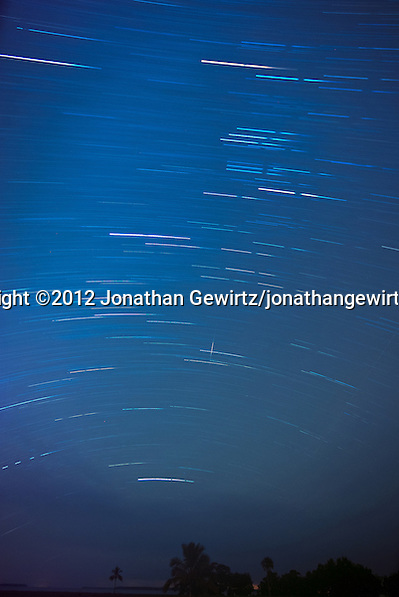