Since I spent a lot of time in the power generation business I am always interested in electricity systems. India is probably the first country I’ve ever been to where you can regularly witness electricity theft from the system on a large scale. 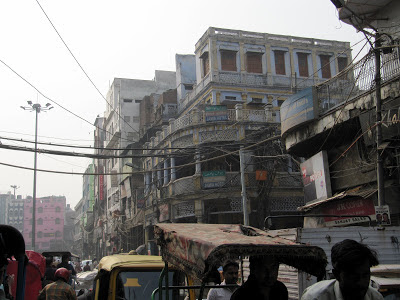 The electrical systems seemed to be reliable during the time I was there, although it was likely “low season” since it wasn’t very hot out (November) which I assume sets the peak demand for India. 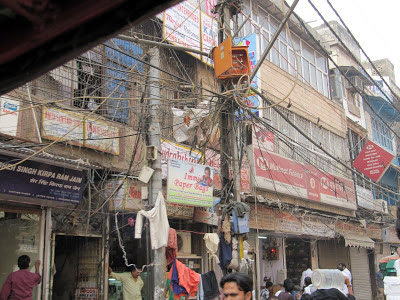 The power routinely turned on and off in one of the hotels I stayed at. The lights would go out completely for a moment until the “hum” of the backup generator kicked in. Likely the inclusion of backup power is an absolute requirement for the type of higher level tourist hotels that I stayed in.

High quality hotels in India had the European model where you had to put your key card in the slot when you entered the room in order to turn the power on or keep it running for more than a few minutes. This model power down the room when you are out.

The newer office parks where the IT service industry was located had what appeared to be modern electrical systems with many of the lines buried underground. The transmission lines along the highway often appeared new, even if they ran right by huts and houses that obviously had no power since they weren’t connected to the local distribution system.

India also appeared to be air conditioned in the major tourist areas for hotels and shopping as well as the newer office parks. The buildings were designed as if to rely on central air conditioning and the backup power was there to provide electricity when the power goes out (although I don’t think they could run A/C indefinitely).