When Best Buy first opened I used to spend hours looking at computers, electronics, stereos, and gadgets. I haven’t been in a Best Buy for years except to briefly pick something up since it seems much of the “sizzle” has gone out of that business. However, while in London I stopped in the enormous Selfridges store which has an incredible electronics boutique in the basement and I had a great time looking through all they had to offer.

This television is an LG 84″ television with 4K resolution. This means 4000 instead of 1080 like you probably have on your TV. Wikipedia has an article about 4K here and I researched it a bit and most movies are already filmed in 4k and ESPN and many other television shows are also in 4k. I was a bit suspicious about programming because in the demo TV they seemed to have filmed their own (gorgeous) shows with attractive women, flowers, and other items that looked fantastic close up. It was about $25,000. 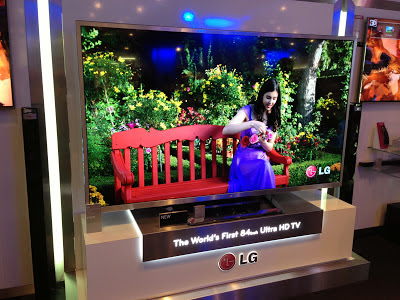 This television was another Samsung (no surprise) and it was amazingly thin – about as wide as your thumb. Apparently the electronics (connectors, etc…) are in the base of the TV or controlled remotely. 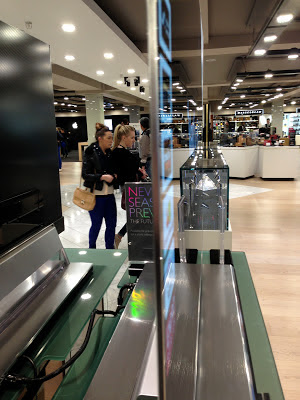 Tube amplifiers have been in demand for audiophiles for years as well as by many electric guitar players seeking vintage guitar speaker stacks. Here Samsung (who else) has devised a tube amp which has gotten good reviews and is very stylish, to boot. 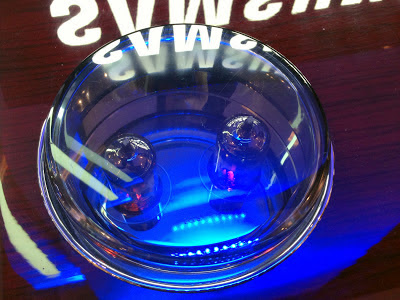 Finally here is a speaker by a company named Loewes that has a great, iconic design and also received solid reviews. Someday when I need to upgrade my sound system I will definitely consider something stylish like this (along with that Samsung tube amp, above). 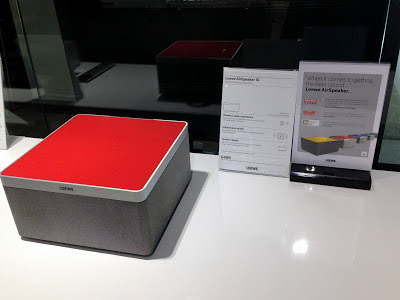