…quite a few of them, anyway 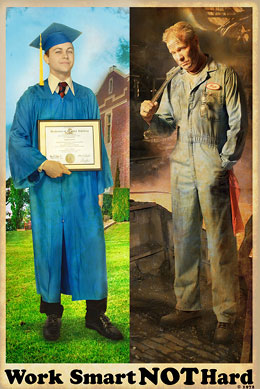 The above poster was apparently often found on the walls of high-school guidance counselors in the 1970s. So says Mike Rowe, who has proposed an improved version of the poster. Link.